U. of Illinois - Chicago Vs. EMU Basketball - The Game

So these are pictures from the game itself.  It actually was a pretty game with a deal of back and forth going.  I think I'm still getting the hang of shooting basketball from the court as it is only my second game doing so.  Tonight I tried to use my smaller lens because the action was alot closer than I expected.  We'll see how that works. 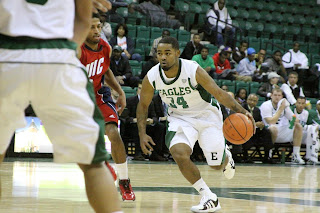 Darrell Lampley charging towards the basket. 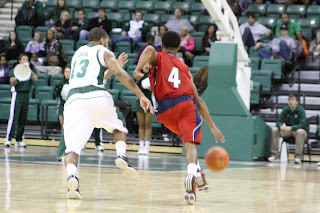 One of the Chicago players going towards the basket.  He is being pursued by Antonio Green. 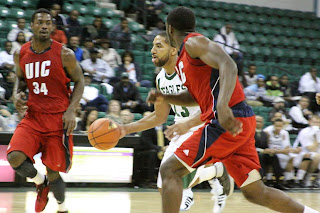 Antonio Green heading towards the basket. 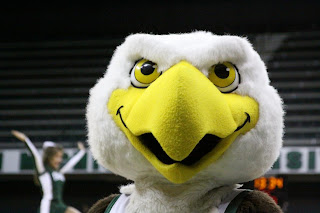 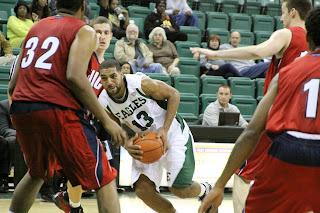 Another shot of Antonio Green heading towards the basket. 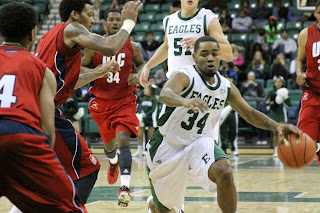 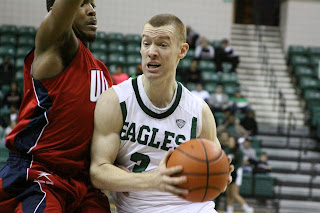 Austin Harper trying to get inside. 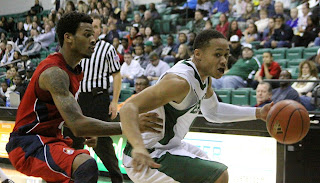 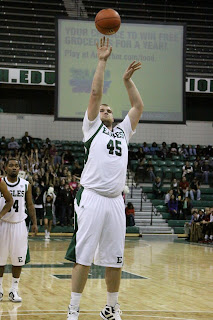 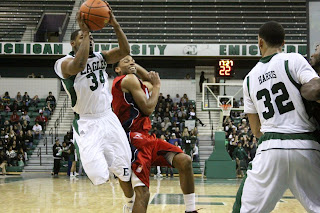 Darrell Lampley taking a lay up. 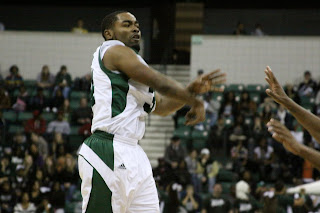 I'm not sure who this is. 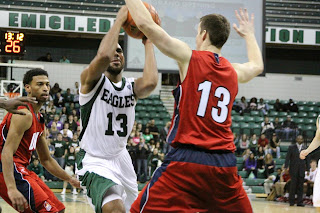 Antonio Green getting blocked as he shoots. 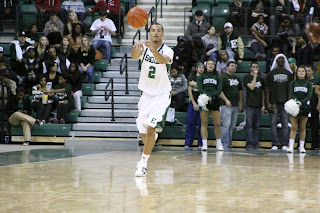 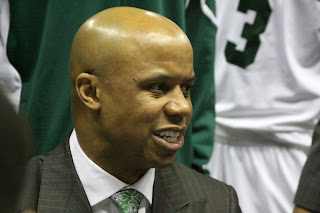 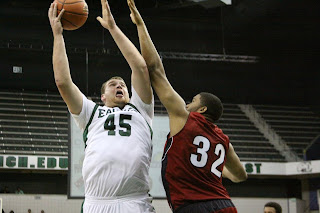 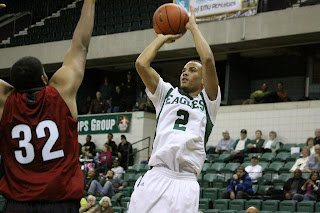 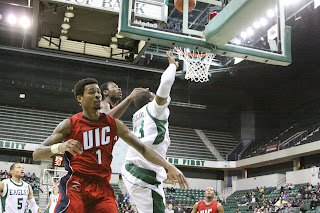 I think this is Antonio Green. 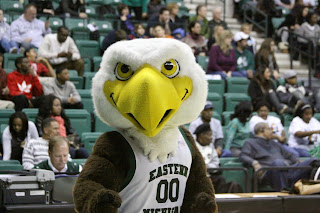 Another shot of Swoop. One of the Chicago players getting blocked by Kamil Janton. 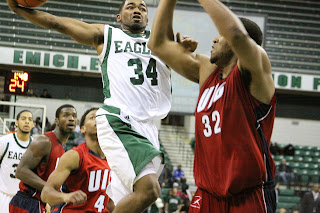 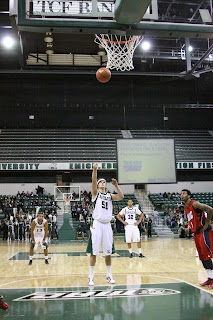 Kamil Janton at the free throw line.
Eastern ended up winning 68 to 57.  Like I said, it was a pretty good game.
Posted by Mikoyan at 8:12 PM