I had a three hour layover in Atlanta.  Fortunately, the gate for my flight to connect me to Detroit was across the hall, so I didn't have too far to walk.  Atlanta was a little busier than John Wayne but not by much since it was 4 in the morning. 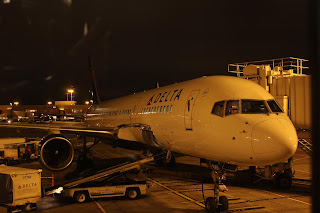 This was a 757 that just came in from Phoenix.  It was a little tougher to get pictures without reflections in Atlanta as the angles were a little different.  But I figured out a way. 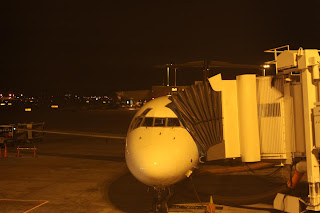 This is the MD-88 that would take me to Detroit.  It's amazing that this is an over 20 year old design. 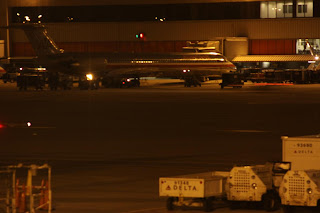 Another MD-88 for American Airlines.  At least I think its an MD-88 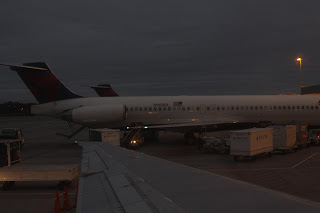 One of the planes parked next to us.  I think this one was going to Fort Lauderdale.  Our flight was full but I had a window seat.
Posted by Mikoyan at 12:12 PM