Some Ships at Dusk

One of the unfortunate parts about winter is that the sun sets way too early.  This means that I am not able to get as many pictures as I would like.  Fortunately, I have a pretty decent selection for film speed on my camera but I lose a little clarity and I pick up grain. 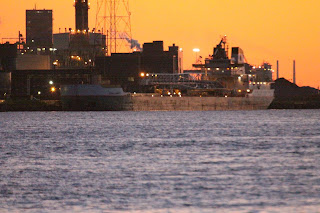 I like this picture but I would have liked it more if it hadn't been so grainy.  The ship in the picture is the Calumet which has appeared on this blog a couple times in the past. 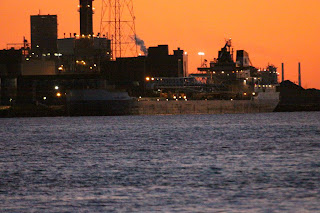 I bumped down the film speed a bit to make this a little darker and less grainy but the ship doesn't stand out as much as I'd like. 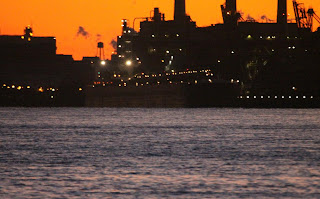 This was looking down towards the Great Lakes Engineering Works.  The ship is probably one of the 1000 footers but I'm not sure which one. 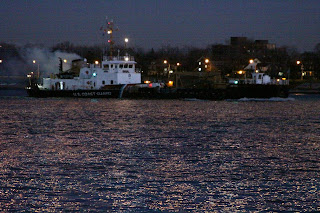 I believe this is a Coast Guard Harbor Tug and it may be one that I've taken a picture of before but for the life of me, I can't remember her name.  But I think it is a pretty neat looking ship.
Posted by Mikoyan at 10:13 PM

This is a test.