And my last set is a set of pictures of some of my modern figures.  Some of the detail on these figures is amazing.  Consequently, they can be a little on the delicate side. 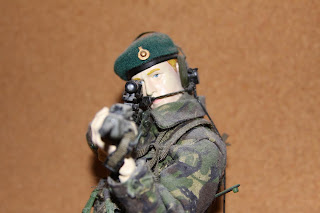 This was one of the first of the highly detail figures that I bought.  It was from a company called Blue Box.  This figure depicts a modernish British Soldier from the Royal Marines. 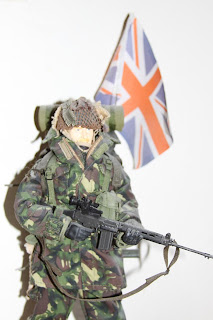 A British Paratrooper from the Falklands Campaign.  He is carrying the British version of the FN-FAL which was one of my favorite guns when growing up. 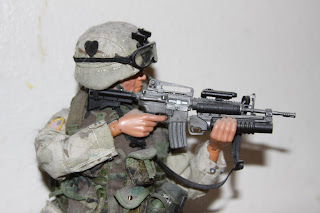 This is a figure that depicts a US soldier from the Iraq Invasion in 2003.  He is a soldier from the 101st Air Assault Division (The Screaming Eagles).  The hearts on his helmet depict one of the Companies from that Division.
Posted by Mikoyan at 11:06 PM