One of the ships that passed by while we were at the Maritime Center was the Saginaw.   This is a repeat appearance for her on this blog, so I'm not going to go into her details. 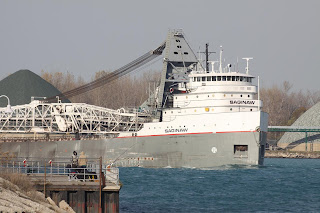 She has the classic lines of a lake freighter.  Pilothouse in the front and a nearly straight bow. 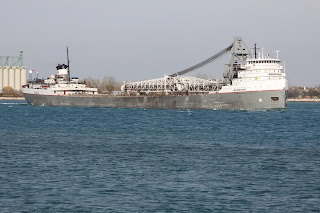 The machinery space is in the back.  I think the self unloader was added at some point in her history. 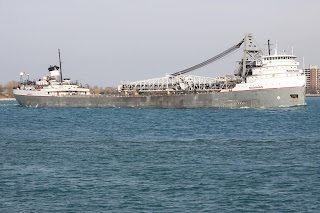 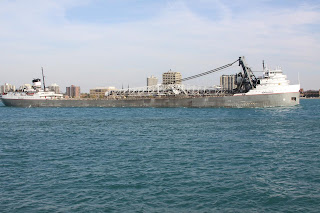 This is the almost straight on shot that I like. 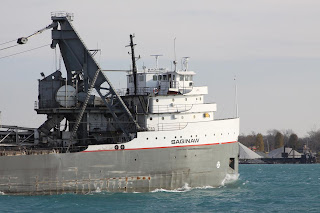 A shot of the pilothouse. 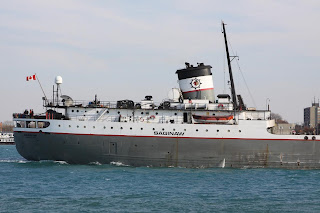 A shot of the machinery space. 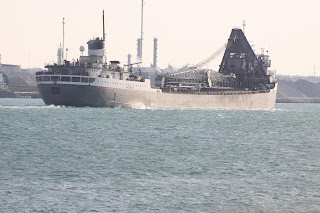 As she is about to round the bend in the river. 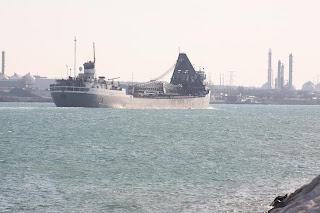 I tried to get the side of the river in the shot. 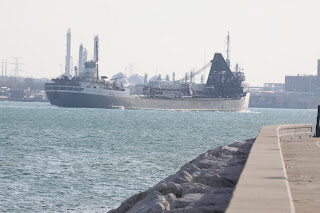 And my last shot before she passed out of view.
Posted by Mikoyan at 7:41 PM