Here are some of my post game shots.  It was another EMU win and another chance to get some celebration pictures.  This win was special because it guaranteed that EMU would have at least a 0.500 record.  This is the first time in a long time for that.  Congratulations to the team.﻿ 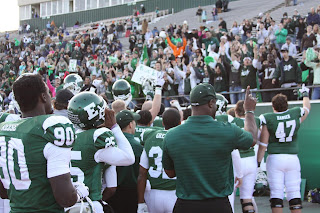 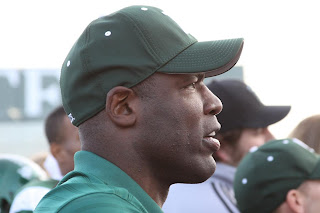 A closeup of Coach Ron English.  I think he's had his detractors over the years but this may be the season that he proves them wrong.  I hope that he decides to stay with EMU. 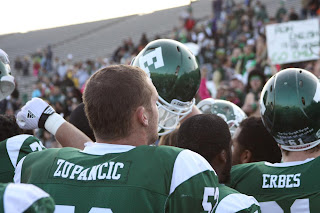 Another shot of the team. 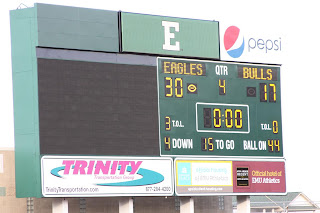 The scoreboard with the final score of EMU 30 and Buffalo 17. 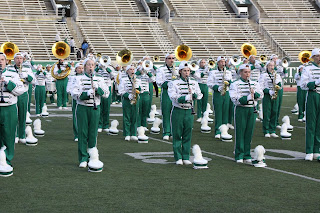 A shot of the band after the game. 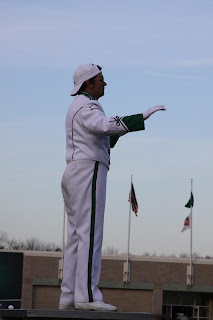 One of the drum majors. 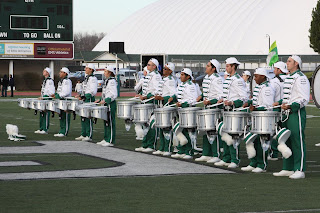 A shot of the drumline. 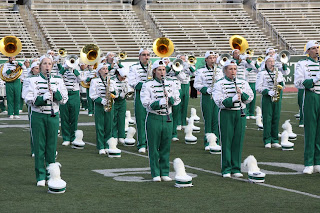 And one more shot of the band.
When I was asked to do this, I wasn't quite sure what to expect.  And I will admit, I didn't exactly jump on the opportunity.  I had never experienced actually being on the football field before.  I had no idea what to expect and for that matter what to do.  I felt a little overwhelmed in the first game and I'm glad that it was rescheduled for the next day because I don't think I would have wanted to contend with doing a night game to boot.  But as the game progressed, I felt much better about doing it.
I hope that my pictures have shown some improvement over the season and I hope I get the opportunity to do this next year.
Posted by Mikoyan at 8:28 PM