I have been meaning to get pictures of the Ann Arbor City Hall ever since I read a blog post about how ugly it was since they re-modeled it.  Ann Arbor has a bunch of nice buildings, so you would think the City Hall would be representative of that....nope.  Instead it looks like something out of a science fiction movie. 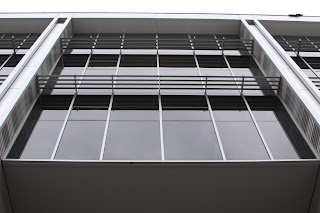 Looking up at one of the windows.  This doesn't look too bad from this vantage point.  Looks like a typical modern building. 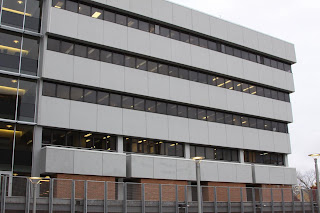 This used to be City Hall before the addition.  Compared to some of the other city halls I've seen, it's not anything to look at.  It definately can't compare to the Bay City City Hall.  Nor can it compete with the former City Hall of Detroit.  Heck, it can't even compete with the new City Hall.  It kind of looks like the instructions to the architect was, "We don't care as long as it looks modern". 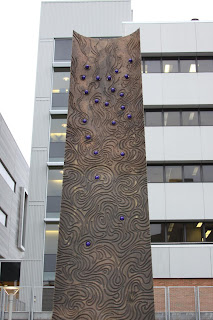 If I asked you how much the city paid for this, what would be your guess?  Maybe a couple hundred thousand?  Nope, at a time when they were laying off firefighters and police officers, they somehow managed to find $750,000 for this piece of ugliness.  Of course it was defended as the money being allocated before the downturn...but still.  Interestingly enough, it doesn't have a name.  So there is a survey to name it.  Unofficial of course. 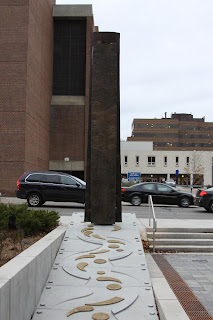 This view doesn't really do it justice.  When I look at it, it kind of reminds me of some alien artifact which kind of fits in with the rest of the motif. 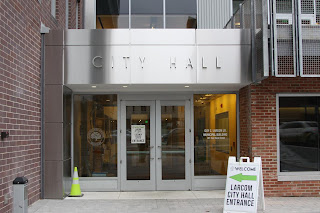 This part wasn't too bad I guess. 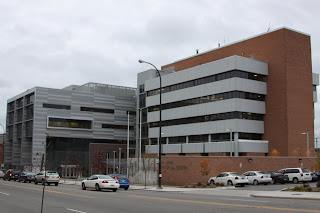 A view from the other side.  The brushed metal part is the new addition.  I hate to think what was paid for that. 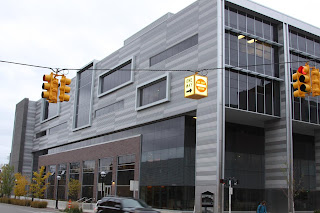 A "better" view of the new part.  There must have been an ugly building contest somewhere because this looks like a sure winner.  I guess the sad part about all of this is that A) it was probably necessary and B) it could have waited for better times.
Posted by Mikoyan at 7:31 PM

Looking at some of the articles about this in annarbor.com, it is a City Ordinance that dedicates 1% of capital funding to public art. So it is not a millage. There have been rumblings to change that percentage which I am guessing is based on funding issues of the past couple of years.

I don't have a problem with public art because I think the arts should be supported. But there are times where that can be put aside because of more pressing issues. But I guess looking at how government budgets work, it's probably not a simple case of moving that money from one pot to another.

My bigger problem with this sculpture is that it is ugly but again beauty is the eye of the beholder.

One more note...while I think it is ugly, it does sound cool how the fountain part of it works.