Flying from Atlanta to Detroit

As I said, I had the window seat which was kind of cool since I haven't flown in this direction in a while and had a window seat.  So it was a chance for some pictures. 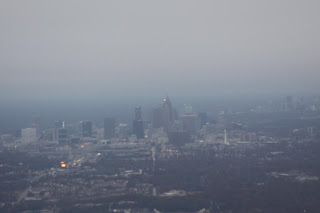 A shot of Atlanta as we were taking off.  It has probably been about 15 years since I've been to Atlanta proper. 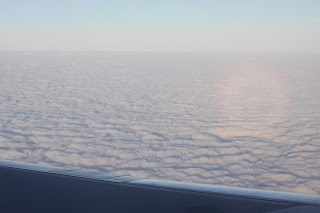 I kind of liked the circular thing in the picture.  I'm not sure what causes it though. 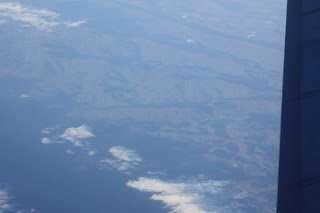 I think these are the Appalachians. 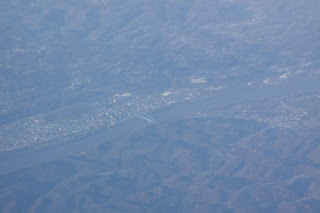 I think this is the Ohio River and I think I have a pretty good idea of where it is because I think I've driven over one of those bridges when I visited a place in West Virginia. 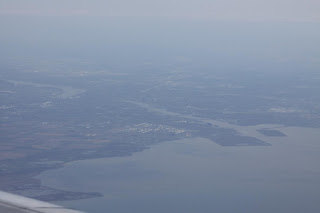 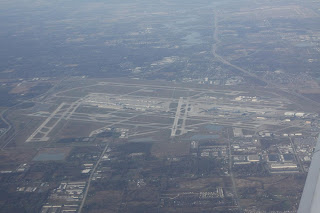 And a pretty decent shot of Detroit Metro.
Posted by Mikoyan at 12:23 PM

Labels: detroit, in the air