Happy Thanksgiving from the staff of Michigan Exposures.
Somehow it wouldn't be a post from here without some history first.

It was originally celebrated on November 26, 1963.  The first thanksgiving was in 1621 and celebrated by the pilgrims at Plymouth.  They had a large feast after a bountiful harvest.  The tradition spread to the other colonies.

The first thanksgiving as a national was proclaimed by George Washington in 1789 and again 1795.  John Adams came close to making it annual when he proclaimed it 1798 and 1799.  Jefferson didn't proclaim any days of thanks.  The proclamation of thanks was sporadic after that.

Then in 1863, President Lincoln proposed that there be an annual day of thanks on the last Thursday of every month.  The first of the new thanksgivings was celebrated on November 26th of that year and the holiday stuck. 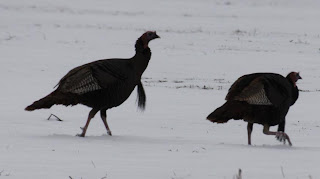 So at one point Benjamin Franklin proposed that the turkey be the national bird. 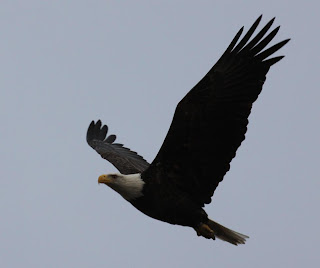 And if that happened, would we be eating eagles instead?
So again, Happy Thanksgiving.
Posted by Mikoyan at 6:07 AM