Last year, I visited the Bluewater Bridge and judging by my pictures, the weather was alot better this time.  Since I went into the history last time, I'm not going to go into that much history this time. 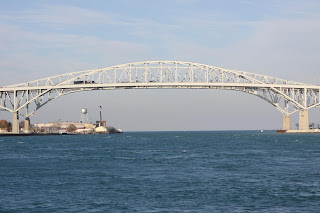 This shot is looking north towards Lake Huron and you can see why it is named the Bluewater Bridge.  The water is an almost perfect blue.  The bridge in front was completed in 1997 and is an example of a Tied Arch Bridge.  The lead designers were Modjeski and Masters on the American Side and Buckland and Taylor on the Canadian Side. 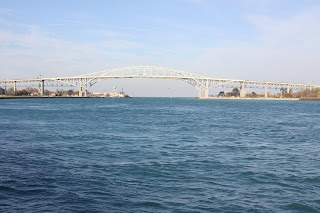 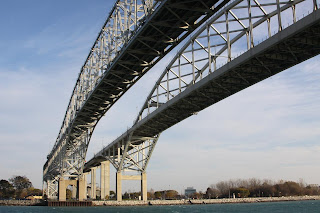 A shot of both bridges.  The bridge in the front of this picture is the older design and it is an example of a cantilever truss design and was designed by Ralph Modjeski.  He designed a number of bridges and was considered as America's Greatest Bridge designer.  Construction of this span was completed in 1938. 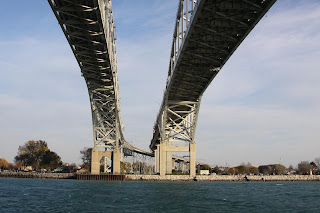 A better shot of the bridges side by side. 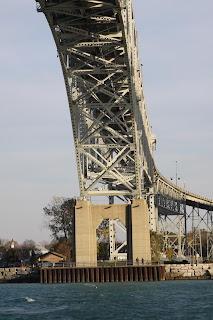 A shot of just the older span. 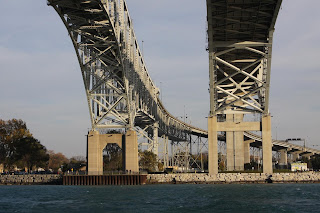 Looking at both spans from almost halfway between them.
Posted by Mikoyan at 8:28 PM

Wow. You tell an interesting story with pictures here. Thanks.