EMU Basketball Vs. Marygrove - The Game

Here are some pictures of the game itself.  As I said in the last post, I don't follow basketball that often and compound that with the fact that this was my first game at court level, I wasn't expecting too many good pictures.  I think I got a few decent pictures and here are some of them here. 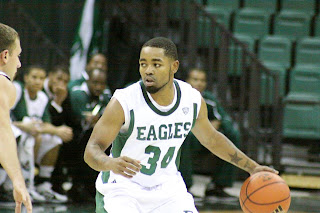 Darrell Lampley dribbling the ball.  He is one of the seniors on the team. 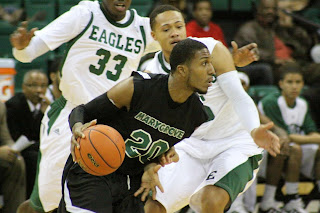 One of the Marygrove players charging the net.  They did this fairly often but not as often as Eastern. 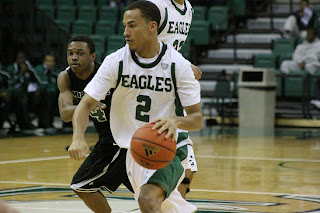 J.R. Sims dribbling the ball.  He is a freshman. 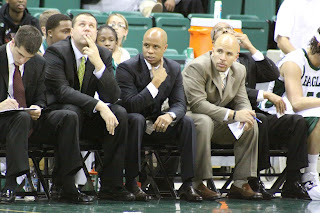 This is the new Eastern coaching staff.  Right after the disappointing finish of the basketball season last year, the old coach was fired.  With all the seniors they had on the team last year, they should have done much better.  The new head coach is the second guy from the left and his name is Rob Murphy.  He was an assistant coach from Syracuse and is originally from Detroit. 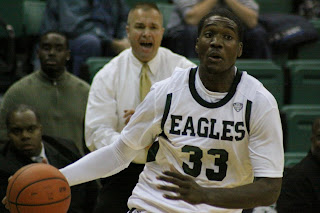 Antonio Strickland dribbling the ball.  He is a sophomore from Ypsilanti. 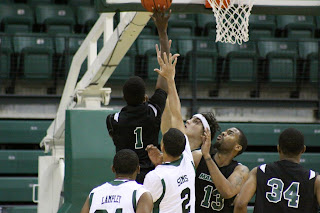 One of the Marygrove players shooting a layup. 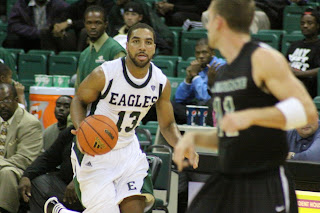 Antonio Green with the ball.  He is another senior.  If I recall, he is pretty good. 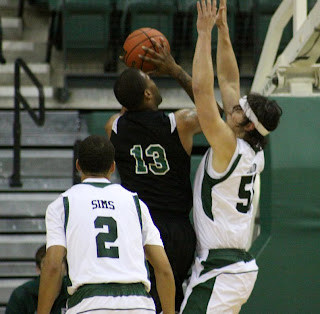 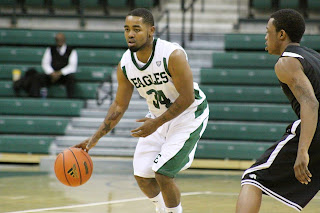 Another shot of Lampley. 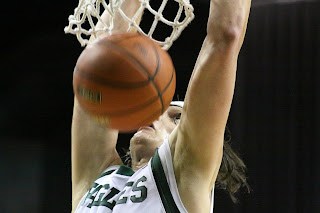 I think I would have liked this shot alot more had I got more of his face in the picture.  This is going to be one of the things I'm going to have to work on. 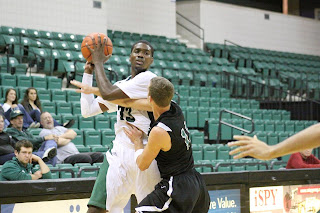 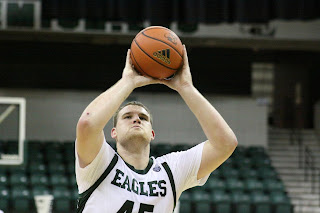 Matt Balkeman during a free throw.  Before the game, I met his dad, so here's a picture. 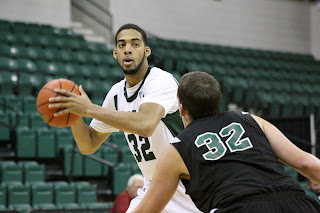 Jamell Harris with the ball. 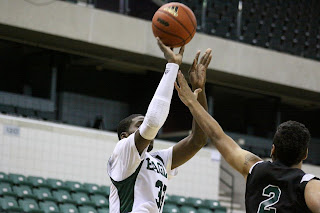 One of the few pictures I got where the ball is being shot and I still have the ball in the picture.  Well I guess with the pass, that means that I will go to more games this year and hopefully I will get better at this.
At any rate, Eastern won 85-51 but that doesn't really tell us much.  It seemed like Marygrove got too many breakways.  I'm not sure if that is a sign of anything ominous but you never know.   The home opener is on Friday against Illinois-Chicago.  I think I'm gonna try to make it there.
Posted by Mikoyan at 9:35 PM