So after travelling all night, I finally made it to Metro Airport.  It was a good feeling to feel the wheels as they made contact with the runway.  The plane was slightly early but I think we left the gate on time. 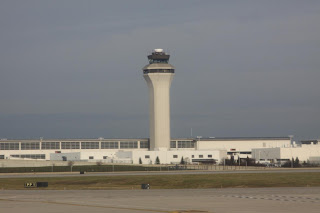 A shot of the control tower as we were taxiing to the gate.  I kind of like the looks of this tower. 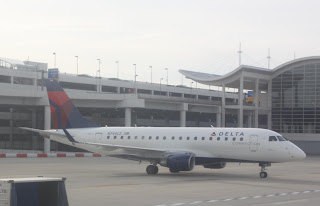 This is an Embrear 175 that was next to us at the gate.  I'm not so sure I like this shot. 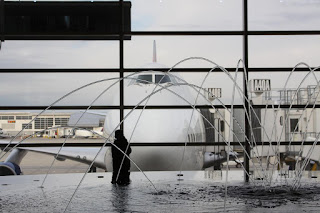 I've been wanting to get a decent shot of a plane through this fountain.  I kind of like the looks of the fountain.  I don't think I've been at the airport when there was enough light, so I haven't had the chance.  I was happy to see that it was a 747 as that's one of my favorite commercial planes. 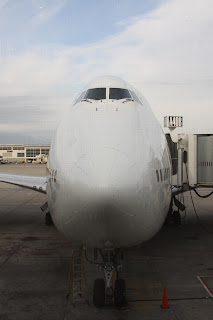 An attempt at a better shot of the 747 but there is something on the glass that doesn't let me get a clear shot.  I kind of like the effect though. 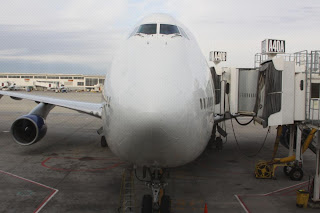 Another shot of the 747.  I think I like the other one better. 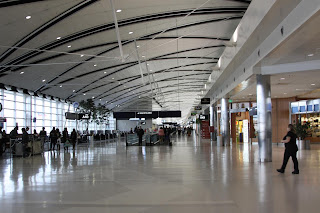 Of all the times I've walked through this terminal, I don't think I've ever gotten a shot of the overall terminal.  It is a pretty nice terminal with quite a few shops (construction started before 9/11).  I think the intention was to have shoppers here as well but 9/11 changed that.  I'm actually kind of glad that never really happened because the terminal is crowded enough.
Posted by Mikoyan at 12:36 PM