As we were leaving the boatnerd headquarters, my friend noticed this rail bridge and pointed it out to me.  I looked at it and I thought it looked pretty neat.  Usually when you see a trestle bridge, they are swing bridges and not draw bridges but I guess whatever works. 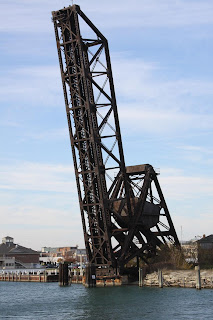 It doesn't look like they use it for anything now as there are park benches and stuff on the other side.  There is also a video camera mounted at the time. 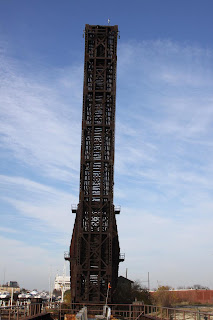 This is known as an Abt Bascule Bridge as designed by Hugo Abt for the American Bridge Company.  It is a very unusual design. 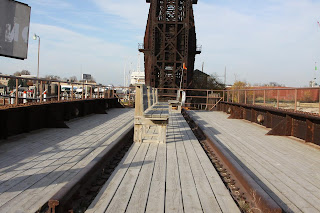 As I said, this side has park benches. 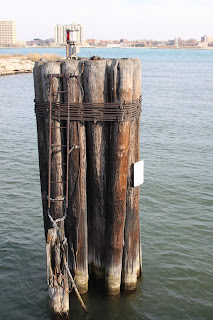 One of the boat guards. 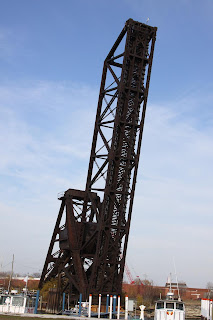 At the back of the bridge is a counter weight which is used to raise or lower the bridge.  It was originally owned by the Pere Marquette Company which through a series of mergers became a part of CSX Railroad. 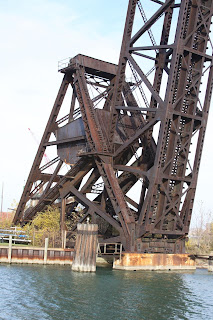 Another view of the counterweight.  There are two other examples of this type of Bridge in Michigan (one that I saw crossing the River Rouge and the other somewhere in Saginaw).  If you follow this blog at all, you know that I love trains and this is yet another unique piece of railroad history in Michigan.
Posted by Mikoyan at 8:08 PM

Hello,
Im Mr Butler and I have some drawings of the Abt bascule bridges and elsewhere in the united statess and canada.Feel free to check them out on my websit drawbridges.multiply.com.Or email me at drawbridges@lycos.com

It is one of only 8 Abt Bascule bridges ever built. 6 still stand. Of those only 3 are functional, including this one. Though it hasn't been lowered in years, there is nothing broken on this bridge and with some lubrication and elbow grease, it would go up and down again.