I decided to go boatwatching again yesterday. This time, I decided to go to the far end of Belle Isle near the lighthouse. I've watched boats from this point a few times before and it provides a pretty nice vantage point as you can see the ships coming in from Lake St. Clair.

However, this one was passing by Belle Isle as I was trying to drive to the end of Belle Isle. I almost thought I was going to miss it as some of the cars were driving pretty slow. Fortunately, I was able to get far enough ahead that I could get out of my car and take pictures. 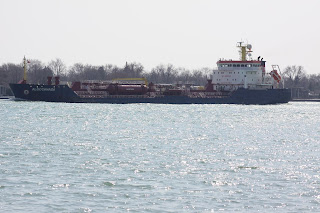 This ship is the Algocanada which is owned by the Algoma Central Corporation out of Canada. I think at one time it may have also had rail business. Now it is mostly a shipping company.

Looking it up, it was a railway and is famous for the Agawa Canyon Train. 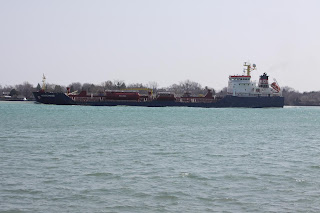 She was built in Turkey as a tanker/chemical hauler in 2008. She is located out of St Catharines, Ontario. 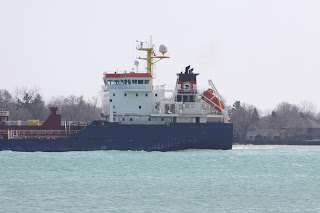 I'm not sure what the craft on back is. I think it may be a lifeboat. 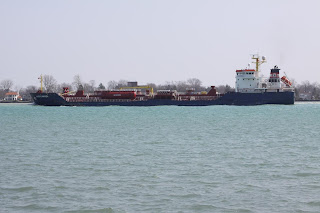 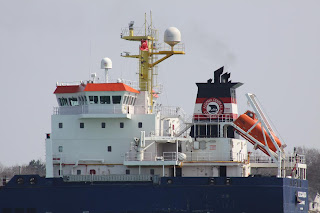 I think it is kind of a odd looking ship, but not as odd as some.
Posted by Mikoyan at 7:48 PM