Anyone who has followed this blog long enough will know that I am an aviation buff. Fairly close to my home, there is a group of people that do restorations on planes called the Yankee Air Force. They have a pretty decent Air Park that you used to be able to walk around but their hangar burnt down and this part is closed off. I am hoping they will move the planes somewhere where you can walk around them again. 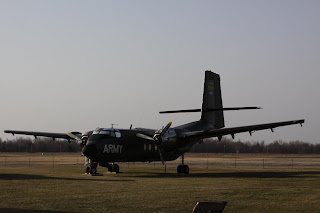 I believe this is a C-7 Caribou that was used by the Army during Vietnam. It was used as a tactical transport and could carry 32 troops. In 1967, the Air Force had the Army transfer the planes to them because it felt it should fly all fixed wing aircraft. The US Military no longer uses these aircraft. 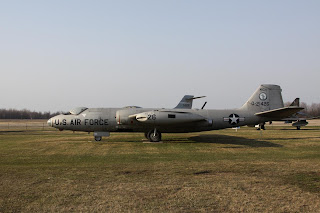 This is an RB-57A Canberra which was used by the US Air Force. It was produced by the Martin Aircraft company under license from the English Electric Company. The design was modified a bit. 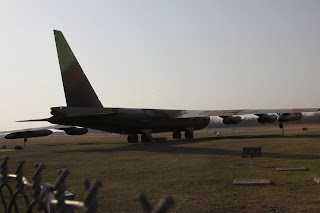 The B-52 Stratofortress which is by far one of my favorite aircraft. My dad was stationed on Guam at the time of Operation Linebacker II and these flew over our house. Somewhere there used to be a picture of me in front of the gate guardian at Andersen Air Force base. 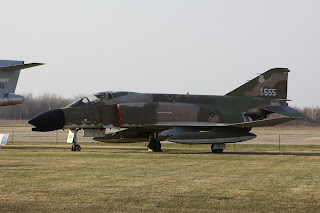 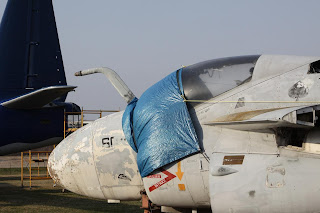 The nose section of an A-6 Intruder. 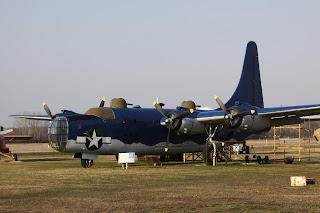 This is a PB4Y Privateer which was the Navy's version of the B-24. This was sort of designed by Ford Motor Company when they built and experimental version called the B-24K by using the tail of a B-23. Aircraft handling was improved and it was going to be used as the B-24N but production was cancelled in 1945. The Navy liked the desingn and had 739 built.

I believe this particular one was built at Willow Run.
Posted by Mikoyan at 9:23 PM