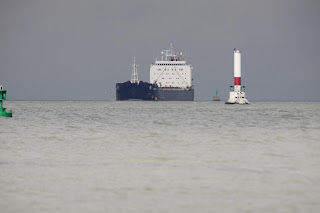 As I said earlier, I wasn't sure if I was going to stick around for this ship as I was going to meet some people for boardgaming. As I was heading off the island, I looked out past the Livingstone Lighthouse and sighted a ship. Since that meant she was going to be on top of me in 20 minutes or so, I decided to stick around. This particular shot was as the Algoma Guardian was coming into the channel. 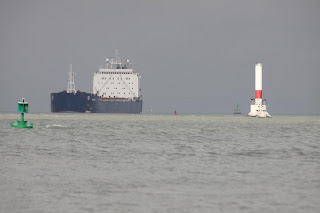 I wanted a shot where the ship would be balanced by the navigational aid. And I think I accomplished that with this shot. Also, I liked the contrasted of the white superstructure against the dark gray sky. 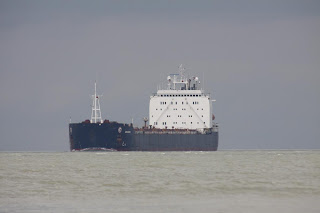 I snapped this picture a little bit later to get just the ship as she was getting closer. 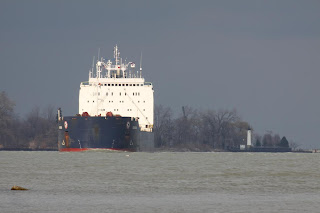 For this one, I wanted Windmill Point in the shot, so I tightened down on the aperature to increase my depth of field. I liked the way the light was hitting the superstructure giving me a nice bright white against a dreary gray sky. 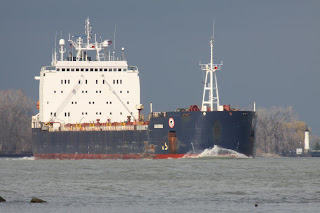 Unfortunately, I don't have too many details on the Algoma Guardian except that she is owned by the Algoma Corporation and she has two apparent sister ships - The Algoma Discovery and the Algoma Spirit. 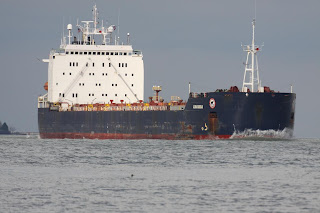 Before she was the Algoma Guardian, she was named the Omisalj which was the name she was given after she was built in Croatia in 1987. She was sold to the Viken Shipping Company and renamed the Goviken. 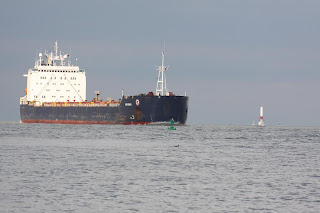 In 2008, she was bought by the Algoma Central Corporation and renamed the Algoma Guardian. She is 729' long and 75' wide. Her cargo capacity is 34,000 tons. So from that, you can almost imagine what the Fitzgerald would have looked like. 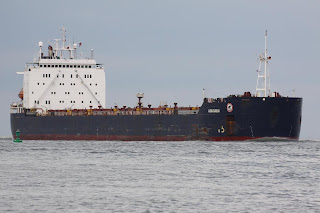 She's getting closer. I think of my shots, this one is probably my favorite because you can see the full extent of her. 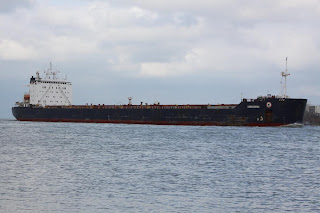 She is at the mouth of the river. 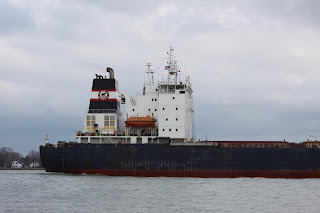 Unfortunately, I didn't have a smaller lens to get the whole ship in view, so I had to settle for the superstructure. 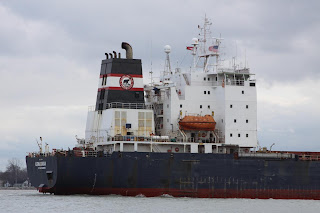 It's amazing, it seems like ships are sitting on Lake St. Clair forever and then when they get to the river they zip right by. 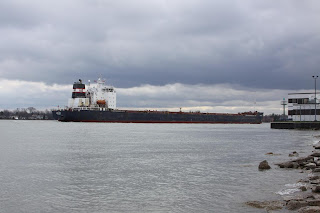 I wanted a shot of the ship against the gray sky. This was the closest I've come to that picture. Unfortunately, at this point the ship doesn't linger long.
Posted by Mikoyan at 10:48 PM