Another statue near the Capitol Building is the statue dedicated to Ulysses S. Grant. I've mentioned his name quite a few times in this recent series, so I'm not going into many details on him. 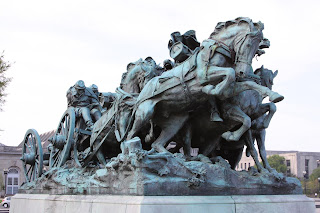 This is a statue depicting an Artillery group from the Civil War. 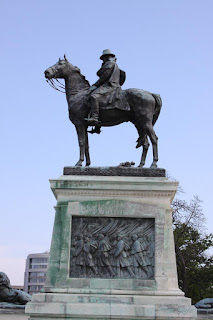 This is a statue of Grant. 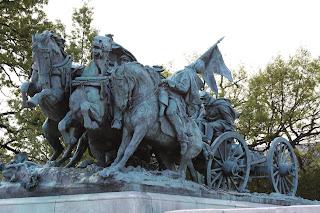 The artillery statue from a different angle. 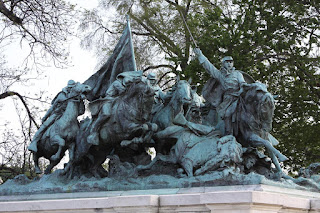 A statue depicting the cavalry. I really like this statue as you can almost feel the movement and the tension of the situation. You see the one person as his horse just got shot (or something from under him). You have the officer urging the men to press on. 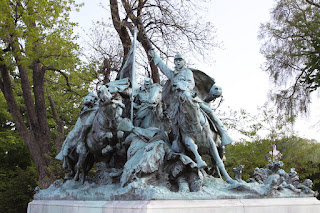 That statue from a different angle. 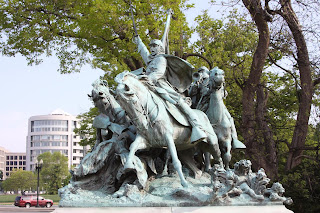 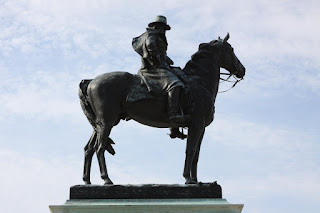 Another angle of Grant. The memorial began in 1902. At the time, it was largest statue ever commissioned by Congress at the time. The sculptor was Henry Shrady and the architect was William Casey. The statue took 20 years to complete and the main sculptor didn't see its dedication because he died 2 weeks before it was unvieled. 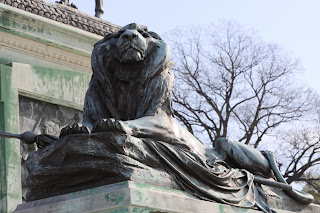 The statues are cast from bronze. 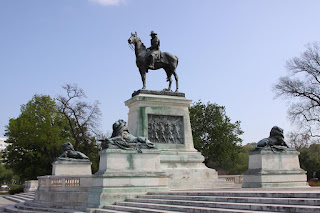 The pedastal is made of Vermont marble.
Posted by Mikoyan at 7:35 PM