The Battle of Monocacy

We stopped at a scenic overlook as we were leaving Maryland. I didn't realize that we would be near another battlefield. 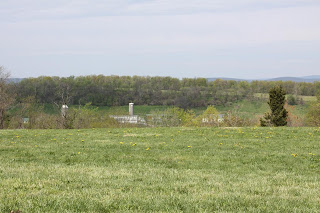 This was the battle of Monocacy which occurred in 1864. This battle was a result of Confederate efforts to peel Union Forces from the main unit of the Confederate forces. The Confederate forces were able to win here but the Union forces delayed them that they couldn't actually take Washington D.C. This would represent the last Confederate foray into the North.