So I looked on boatnerd.com and saw that there would be a couple of ships coming down the Detroit River around the time I would be going home from work. Since I was up in Troy today, I decided to take the detour to Belle Isle and do a little bit of boatwatching. I didn't have too much time so I thought I would only get a chance for one. Which is the one below. 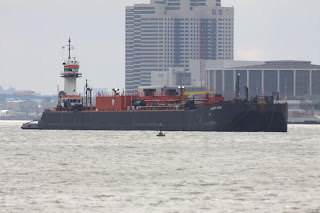 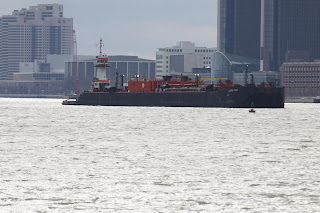 I think it was parked in the Detroit River as I was taking this picture and I could swear that it was supposed to be heading downbound but this doesn't look very downbound to me. 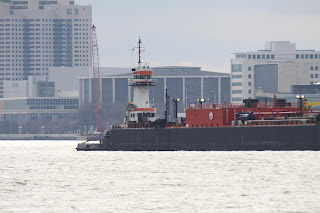 A closeup of the tug. 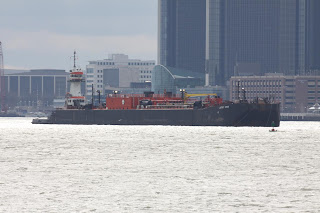 Trying to get closer.
Posted by Mikoyan at 10:35 PM