My next stop was Fredericksburg, Virginia. It was actually a pretty neat town and it seemed like they kept parts of it to look like they did during the Civil War. However, the area around it is a pretty representation of urban sprawl. I couldn't believe the traffic on the freeways leading up to the town and around the town. 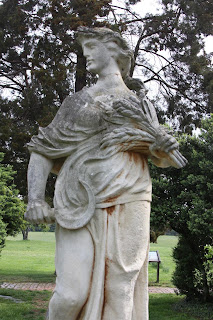 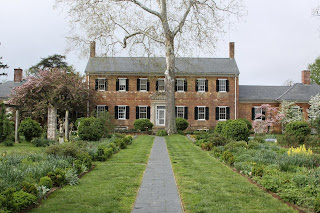 A view of the manor house as you approach it. The grounds are pretty well maintained and I can only imagine what it would be like to see this back in the day. I think they are trying to preserve it the way it was. 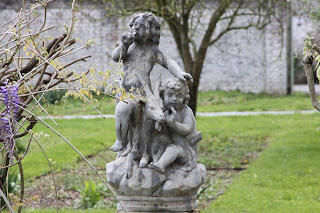 There are several statues on the grounds that are similar to this one. 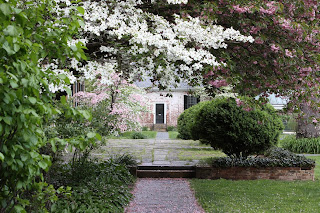 I forget if this is the path leading to the kitchen or the laundry. 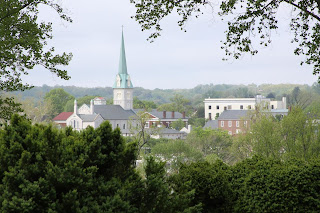 A view of Fredericksburg from in front of the manor. I can only imagine that this is pretty similar to the view Burnside would have had. 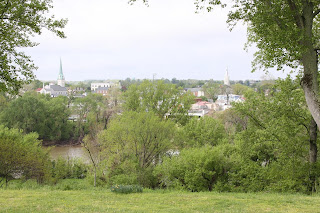 A more pulled out shot. You can partially see the Rappahannock River. The Union forces had to cross this river in order to attack Lee's soldiers that were situated in the heights on the opposite side of the town. 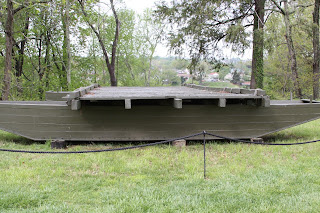 A series of delays caused the crossing of the river to be under fire. This was first done by soldiers from Michigan who became the first US Army units to perform a river crossing under fire and then get involved in urban combat. 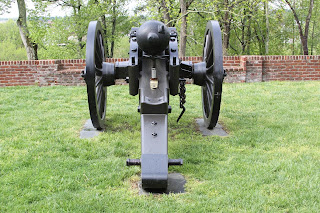 In order to dislodge the opposition from the town, the Union forces had a number of cannons. They were able to do this, and in the ensuing occupation of the town there was much looting. This angered many of the Virginians in Lee's Army. 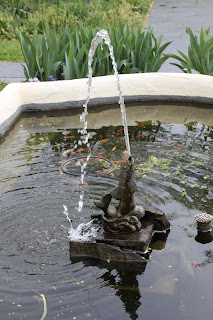 There was a pretty cool koi pond on the grounds. 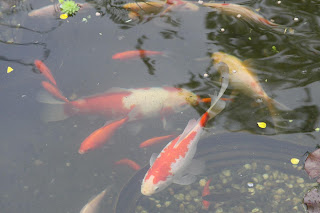 A shot of the fish. 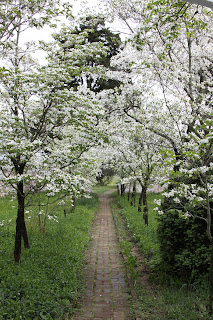 I really loved some of the brick paths and could almost imagine some Southern Belles walking down these at one point. 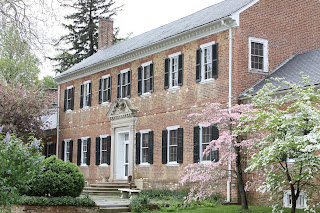 A better shot of the manor. 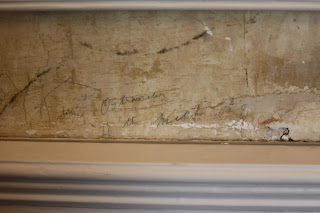 There are examples of grafitti in the manor itself. This one was by a soldier from Michigan. The ranger was kind enough to take me to a place where visitors don't normally go in order to see it. I was wearing my Michigan garb at the time, so he figured I would be interested in this and I was. There was also another one in another place, but the glare from the sun made it difficult. The soldier who wrote this survived the war and lived until 1899. 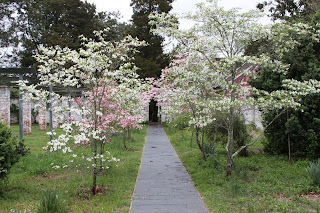 Another one of the pathways. 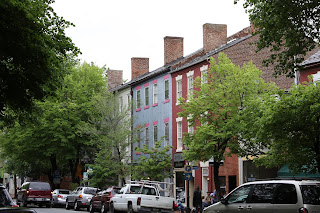 A picture of Fredericksburg itself. There were a few places of the battle that I wasn't able to see because we didn't go to them. There are also many places that have major developments on them. The National Park service and a preservation group are trying to buy some of these lands. If I remember correctly, at one point Disney was looking to build a park here. That got cancelled.

The battle itself was a defeat for the Union. The Union forces tried to assault the Confederates on the heights and it led to disaster. The Union forces were going to try again, but Burnside was talked out of it. It is said that the Union soldiers shouted "Fredericksburg" at Gettysburg as they turned back the Confederates. That battle was almost the opposite of this one.
Posted by Mikoyan at 3:05 PM

Disney's proposed Disney America theme park was not near Fredericksburg. It was in the vicinity of Manassas, VA and threatened battlefield properties associated with the two Battles of Manassas.

I didn't remember which battlefield was being threatened by Disney but I knew one of them was. It looks like Fredericksburg is under threat from other things though.