Obviously, good old Ben had never been to Washington D.C. My next stop in D.C. was the capital building. It was kind of a hazy day, so I had to get fairly close to the building but I didn't mind as it was a fairly nice day and I really needed the walk.

I kind of wish that the occupants of this building could live up to the magnificance of it. You would think that coming to work in a building like this would inspire them to do their best. But you know what they say about ivory towers. Although, this is a marble tower. 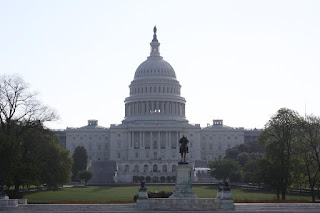 Before the establishment of Washington D.C. as the nation's capital, the government met in Philadelphia, New York and various other cities. In 1790, Washington D.C. was made the permanent home of the US Government. 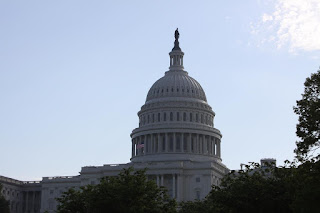 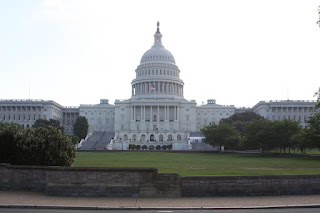 In 1850, the Capitol was expanded to house the increasing numbers of Senators and Representatives. 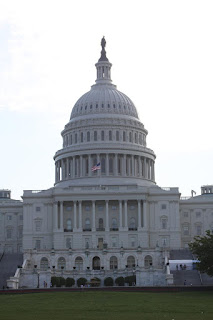 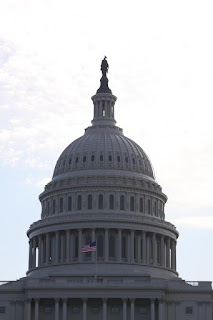 In 1855, the original dome was replaced by the current dome. It was built of cast iron and is estimated to weigh almost 9 million pounds. 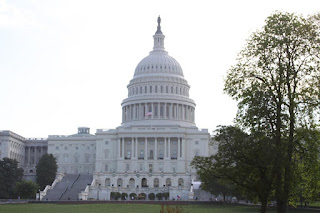 As I've said, it is a beautiful building. 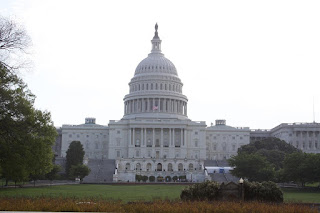 There are well manicured lawns. 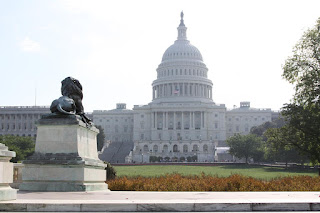 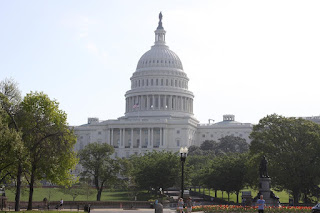 It towers over its surroundings and until the completion of the Post Office in D.C., it was the tallest building. 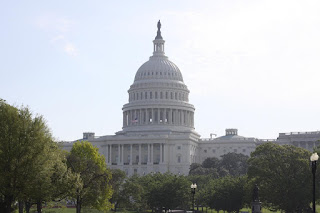 I may not like some its occupants, but I have to say it is a very impressive looking structure.
Posted by Mikoyan at 7:04 PM