The Stephen B. Roman

The ship that I went down to see was the Stephen B. Roman. It was docked in front of the Cement Plant that my grandpa used to work at. 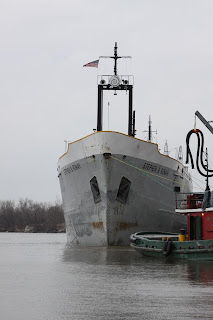 The Stephen B. Roman started life as the Fort William and was built for the package freight business on the Great Lakes in 1965. Her original owner was the Canadian Steamship Lines and she was built by Davie Shipbuilding and Repair in Lauzon Quebec. 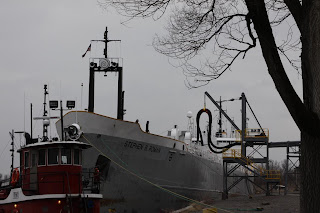 She could carry packaged or palletized freight and did so until she was laid up in 1981. 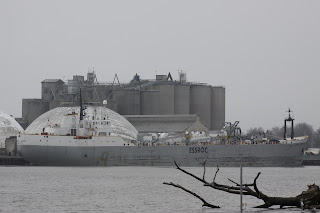 In 1982, she was bought by the Lake Ontario Cement Company (now Essroc) and converted to a self unloading cement hauler. 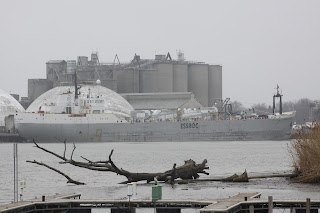 She primarily sails on Lake Ontario but makes calls on the other lakes on occasion.