The Battle of the Wilderness

I don't have many pictures from this one, as the pictures I took of the trenches weren't the greatest and I already posted the memorial from the Vermont Brigade. But this was just west of the sight of the Chancellorsville Battle. 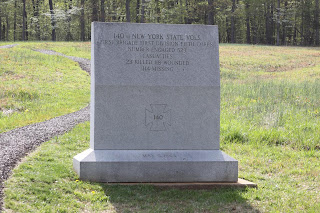 In 1864, Grant was promoted to head all of the Union Armies. He chose to make the Army of the Potomac his headquarters unit even though Meade was still in command of it. This was to be part of a coordinated attack on the Confederate forces. Grant's primary objective was the destruction of Lee's Army. 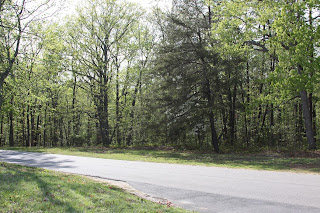 The battle itself was considered as a draw although the South could claim a tatical victory as they inflicted more losses on the Union Army but it was a strategic victory for the North as the South took a hit to a larger percentage of its Army.
The Battlefield itself is part of the Fredericksburg and Spotsylvania National Military Park but faces more trouble from development. Groups successfully fought off the construction of a Wal Mart but there are still problems.

One more note, the battlefield is probably more wooded now than it was in the Civil War. In the Civil War, it was used quite extensively for lumber and many of the Union soldiers described it as hell.
Posted by Mikoyan at 6:26 PM