My last ship of the night was the Sam Laud. I was actually kind of glad as it felt pretty darned cold tonight. As I said in my posts from the other day, sometimes Michigan can be a nasty place to live. We are never really safe from winter until about May and sometimes not even then. 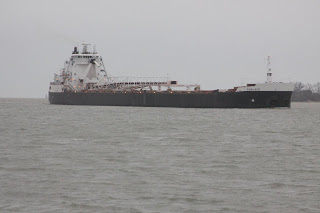 The Sam Laud was completed in 1975 by the American Steamship Company in Sturgeon Bay Wisconsin. She was named after the man who was the President and Chairman of the Board of the GATX Corporation (which owned American Steamship at the time). He started with the company as a shop painter and riveter. 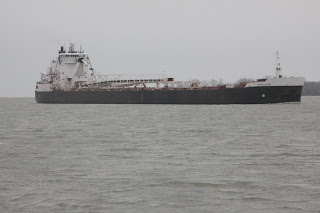 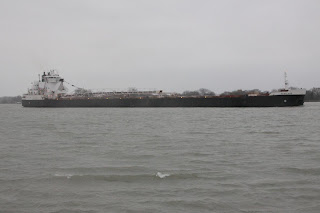 She has probably visited every port in the Great Lakes at one time or another. 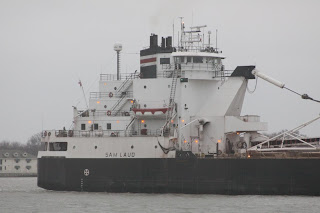 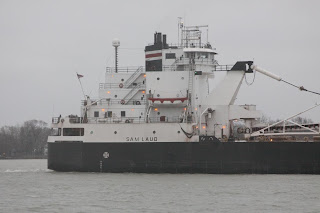 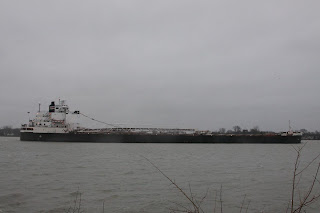 She saw limited service from 2008 to 2010 due to the economic downturn. I think the fact that she is being used again is a good sign. 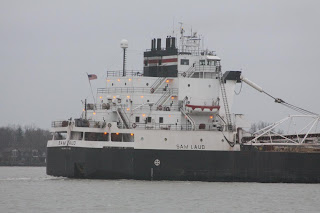 She has pretty much remained with the same company that built her through her carry and thus has retained her same name.
Posted by Mikoyan at 10:28 PM