Little did I realize, I have taken pictures of this ship before. Last year, during one of my trips to the Mackinac Bridge, I saw an odd looking ship between Mackinaw Island and the other Island (I forget what it is called at the moment). Fortunately, I had my long lens, so I was able to get a picture of it. One of the readers on this blog pointed out that it was the Lee A. Tregurtha. I think I just updated the ship name but nothing else. So now a bit of history. 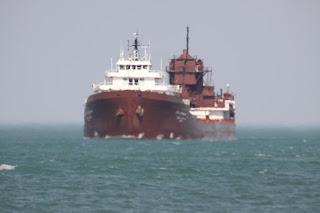 She was originally laid down at the Bethlehem Shipbuilding and Drydock company in Sparrows Point, MD in the early days of World War II. She began life as the commercial tanker Mobiloil. However, this was a shortlived name as she was taken over by the US Maritime Commission who named her the Samoset at her launch on June 25, 1942. 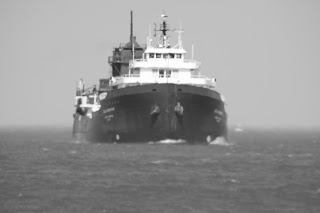 For this shot, I decided to use black and white as she is an old ship. The name Samoset was also shortlived as she was acquired by the US Navy on December 24, 1942 and renamed the Chiwawa. She was 501 feet long and could carry 134,000 barrels of liquids. She could go 15 knots and had anti-aircraft armament.

Her superstructure was in the middle. 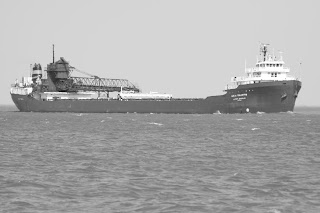 She served with distinction as an oiler during the war and provided service up and down the East Coast. She was transferred to the Pacific in July of 1945 and served there until she was decomissioned in 1946. 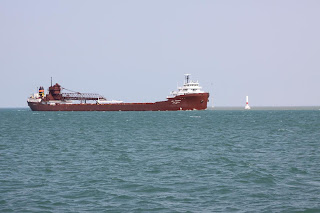 In 1947, she was sold to Cities Service Oil company where she shuttled various petroleum products up and down the eastern seaboard. She retained her Navy name at this time. 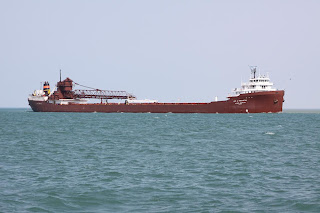 In 1960, she was purchased by the Cleveland Cliffs Steamship company and was converted to an ore carrier. Her midbody was scrapped and a new one was produced in West Germany and was shipped here where is was mated to the bown and stern of the ship. Her new length 730 feet and she could carry 25,000 tons of cargo. At this time, she was christened the Walter A. Sterling. 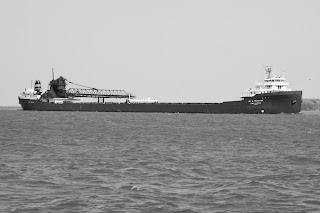 In 1966, a bow thruster was added. In 1967, her boiler room controls were automated. In 1976, she was lengthened another 96 feet which brought her cargo capacity up to 30,592 tons. This made her the largest steam powered vessel on the lakes. 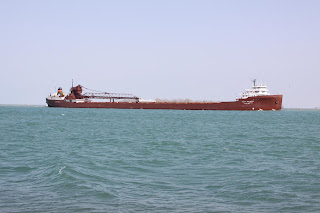 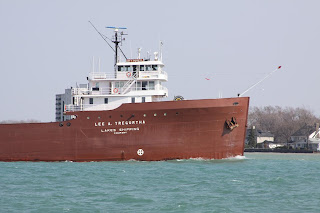 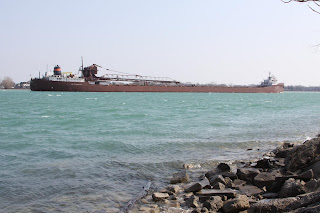 In 2006, her steam power plant was replaced with diesel engines. Even though she has been plying the lakes for 60 years, the continuous improvements have kept her modern over the years (despite the old appearance).

It is amazing how many ships of the Great Lakes have similar histories to the Lee Tregurtha.

I live in England . My name was Tregurtha before I got married . I found your article very interesting ,