The Saginaw Trail - The Detroit Portion

So as I said before, I decided to follow what would have been the Old Saginaw Trail. It roughly followed what is now Woodward, the Dixie Highway, Saginaw Street trhough Flint and the Dixie Highway again from Flint to Saginaw. I'm going to break this down into three parts - Detroit, everything else and what replaced the Saginaw Trail.

The Saginaw Trail has it origins with the Sauk Tribe. It was a footpath that roughly led from what is now Detroit to what is now Saginaw. When the Europeans arrived, they started to use the trail as well and started to upgrade it. In 1818, the Michigan Territorial Government approved the construction of a turnpike that led from Saginaw to Pontiac. In 1822, approval extended from Pontiac to Detroit. However, the territory of Michigan did not have the money to do this, so it asked the Federal Government to help. This request was approved in 1827 and final construction was completed in 1841. In 1850, the state of Michigan could not maintain the road, so it was turned over to a private company which collected tolls. This lasted until 1910 when it was turned back to state control. At this time, it would be named M-10. 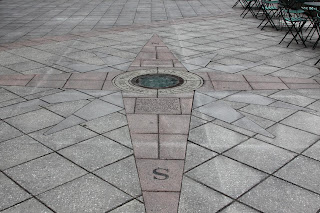 Every story has a beginning and I suppose this one should too. This is the point of origin for Detroit. Most of the main roads come from this point (or converge at this point). Woodward heads to the North and a little to the South. Michigan Avenue head to the west and Jefferson sort of heads to the east. Since I used this as my starting point for my US-12 trip, I will use it as the starting point for this one as well. 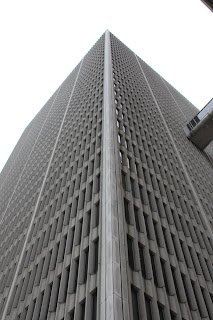 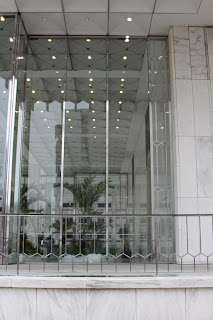 This is looking towards the lobby. I kind of liked the transparent reflective effect. 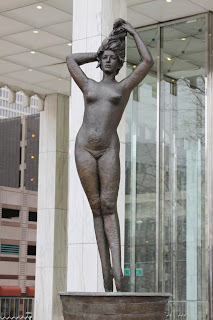 In front of One Woodward is a statue. 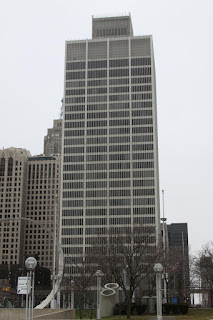 Looking up at the One Woodward Building. 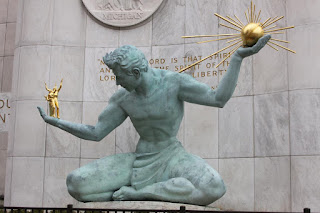 The Spirit of Detroit statue is on Woodward. 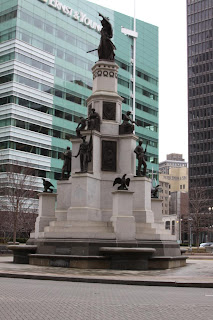 The Campus Martius park kind of cuts through Woodward. It was rebuilt in 2004 with the creation of the Compuware Headquarters. The Soldier and Sailors Monument above was relocated to this point. 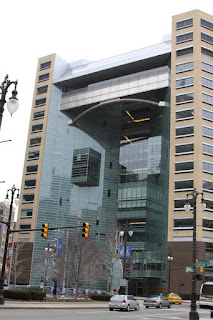 This is the facade of the Compuware Headquarters. It is owned by Pete Karmanos who is one of the big names around Detroit. 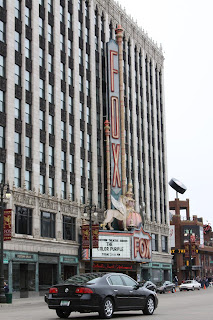 The Fox Theater which was restored by Mike Illitch. 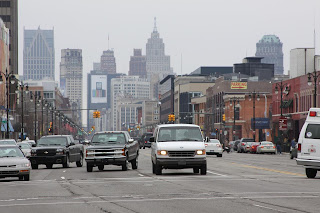 Looking down Woodward Avenue from somewhere north of the Fox. 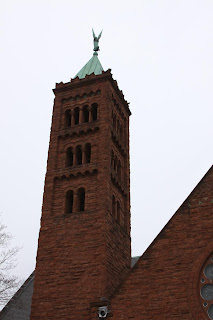 I don't remember what church this was, but it is a couple blocks south of the Detroit Institute of Arts. 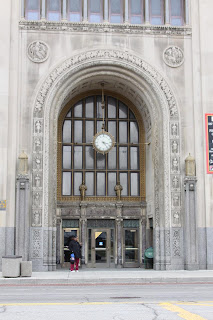 This is the Maccabes Building. It is now used by Wayne State. 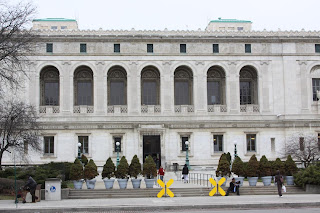 Across the street from the DIA is the Detroit Public Library. 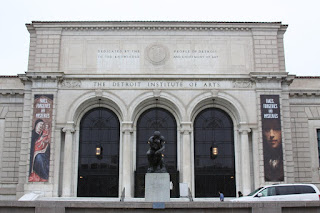 And of course the DIA. I love the architecture of this building. I know that I keep saying it, but I need to go there one of these days. It has been a while. 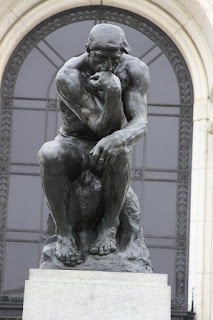 One of the copies of the Thinker statue by Rodin. 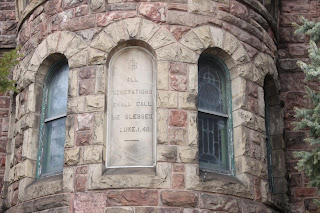 This is the Holy Rosary Church. It was constructed in 1894. 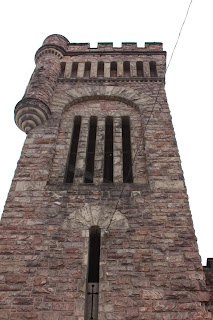 Looking up at the tower, there is a nice angel on the top but I couldn't get a nice view of it. 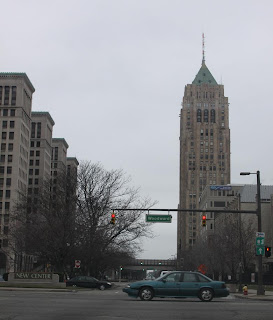 Looking towards the Fisher Bulding. 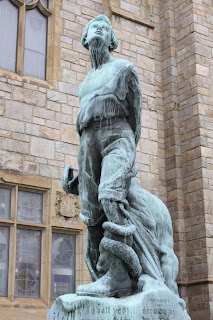 I don't remember what church this was but it looked pretty neat. 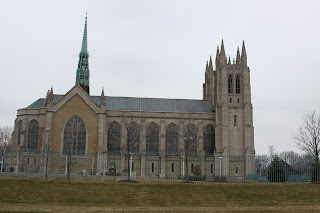 The Cathedral of the Blessed Sacrement. I've posted this before, so I'm not going to get into much detail. 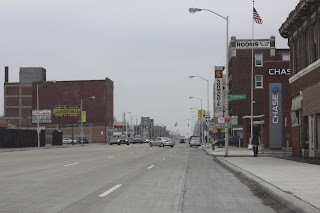 Looking down Woodward as I was leaving Detroit. It's really kind of sad doing a tour like this. Woodward used to be one of the main arteries through Detroit with all sorts of commerce. There are still pockets of commerce but nowhere what it used to have. You can tell from the buildings.
Posted by Mikoyan at 8:30 PM

Thank you. Time for an updated tour. The commerce you wanted is popping up everywhere!