I decided to go shipwatching again last night. It was still pretty windy along the Detroit River but I didn't lose any hats as I didn't take any with me (I went right after work). My first ship of the night was the John G. Munson and I wasn't sure if I would be down in time to get a shot of it. Turns out, I was in time to get a shot of it moving down the river. If I had stopped by the Tri-Centennial Light instead of Belle Isle, I might have gotten a side shot of it.

Since I had taken a picture of this before, I guess I didn't care as much. 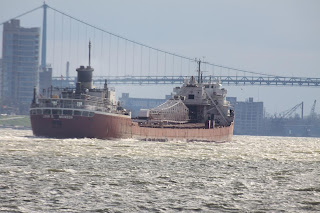 A stern shot of the John G. Munson with part of the Windsor skyline in the background. 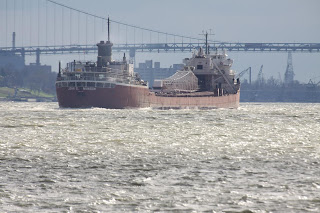 The ship moving a little further down the river. 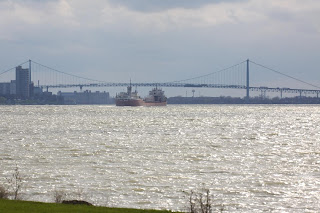 Just a shot of the Ambassador Bridge with the ship about to pass through. 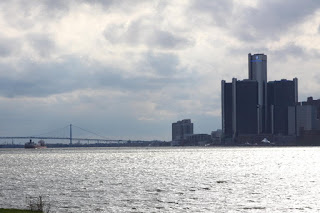 A shot of the Ren Cen with the ship on the side. 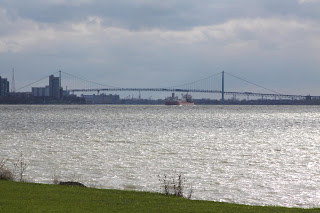 My last shot of the John G. Munson. As you can see, it was a little overcast.
Posted by Mikoyan at 3:00 PM