Decided to go boatwatching tonight. I saw that there were three ships coming down the Detroit River in a short period of time. I was hoping the weather would look the same as it did in Troy as the sky was much grayer up there. Oh well. It was windy at least....more on that part later. 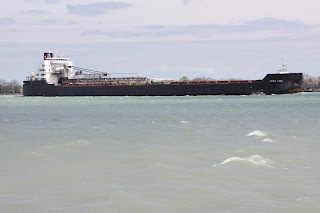 My first ship was the Canadian Olympic. She was heading downbound on the Detroit River. 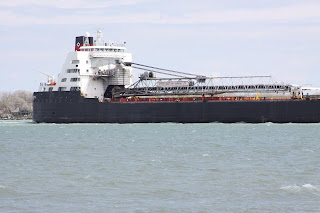 The Canadian Olympic was constructed by the Port Weller Dry Docks of St. Catherines Ontario for the Upper Lakes Group in 1976. She was named in honor of the Olympic games held in Montreal. 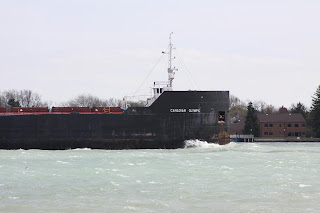 She is powered by two 5,000 horsepower diesel engines and is capable of a speed of 13 knots. 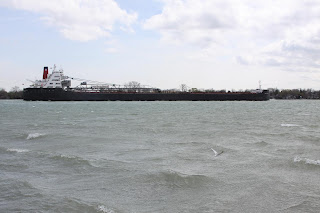 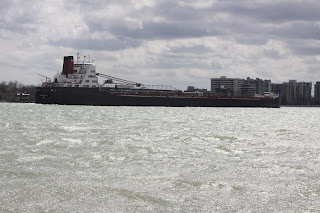 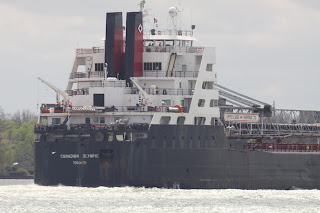 She carried many of the typical cargoes of the Great Lakes freighters. 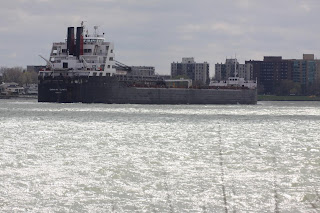 In 2011, the Upper Lakes company was sold to Algoma and she will be renamed the Algoma Olympic.
Posted by Mikoyan at 9:24 PM