I decided to go boatwatching tonight even though it was kind of a miserable night. I was hoping that I would get some nice gray skies as backdrops for the ships. Alas it was not to be but I think I still got some nice shots. 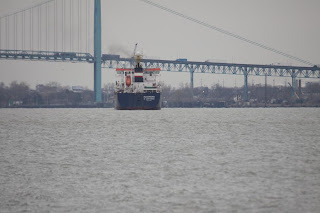 First up was the Algonova. Unfortunately, the time on boatnerd was a bit off and she was passing Belle Isle as I got there. Oh well it happens. That is part of the reason why I make sure there are a couple other ships going down, so that if I miss one I'm not completely out of luck. 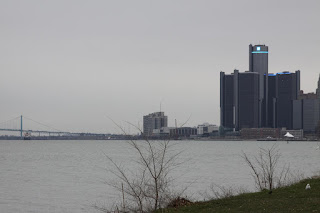 This is the shot of the ship against the Detroit skyline. She looks tiny, doesn't she? 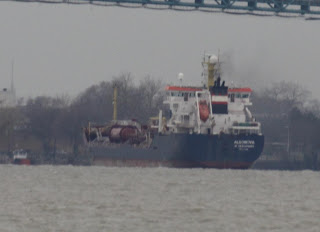 I don't have alot of details on the ship other than she is owned by the Algoma Company. She is the second ship to bear the name Algonova. I suspect she is the sister to the ship I saw last weeked. 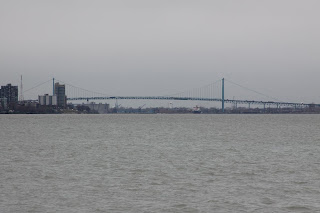 Here she is passing under the Ambassador Bridge.
Posted by Mikoyan at 9:51 PM