The Kurt R Luedtke and Ann-Marie

Went up to my mom's today and as we were wandering around the city, I saw the superstructure of a ship on the river. This of course meant that I had to stop and take a look. Little did I realize, I would sort of hit the jackpot in terms of ships. 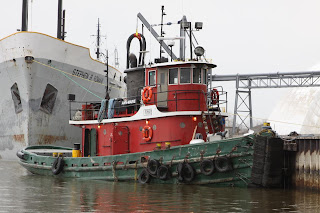 This is the tug Ann-Marie. She sank at this dock back in December. She spilled diesel fuel into the water which of course had to be cleaned up. After a salvage effort earlier this week, she was brought back up. 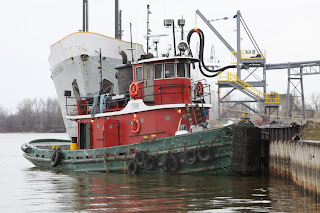 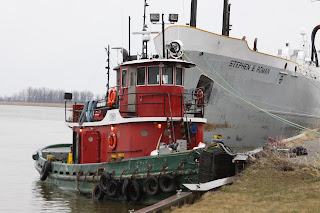 She looks pretty good considering that she spent a few months under water. The Coast Guard will have to investigate the cause and then she will probably be repaired. 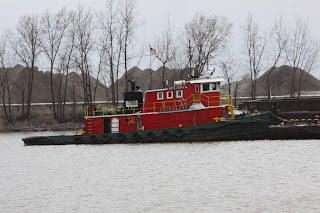 This is the tug Kurt R. Luedtke. She was wintered near this spot and was moving equipment around the old Defoe shipyard.
Posted by Mikoyan at 9:53 PM