As I said in my last post, we stopped in the City of Cumberland. It is actually a pretty nice looking town that is on the western end of Maryland. 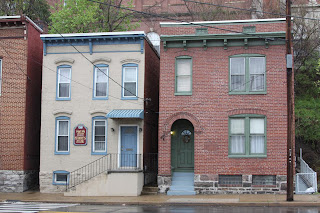 The city was named after the son of King George the II, Prince William, the Duke of Cumberland. It used to be a fort that was used by the British to attempt to dislodge the French during the French-Indian War. 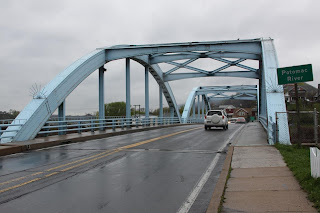 It is the western terminus of the Potomac River and you could walk from here to Washington DC by following the former Cheasapeake and Ohio canal. 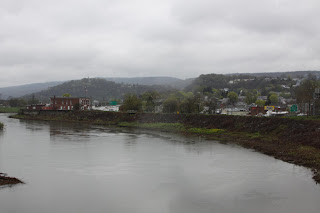 You can see the Potomac from the other side. 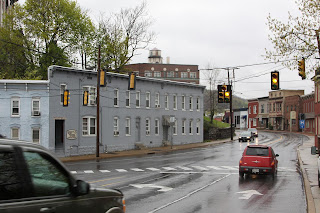 Cumberland used to be a major industrial city because of the iron ore and coal mines nearby. It was also a major transportation hub with the presence of the canal and railroad lines. Since World War II it has been a city in decline. It was also the home to a major federal garrison during the Civil War. 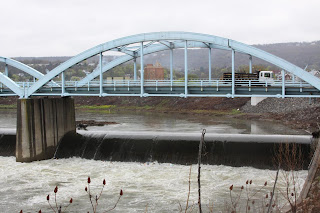 I kind of liked this bridge. 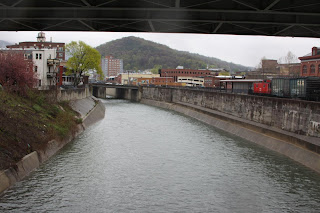 I think this is the canal. 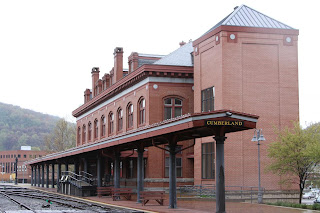 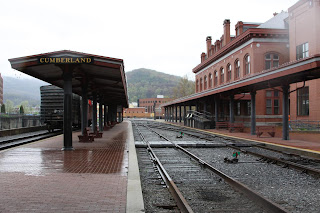 Another view of the train station. 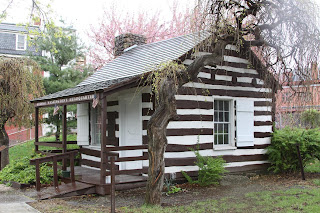 During the French and Indian Wars, George Washington used the city as a headquarters. 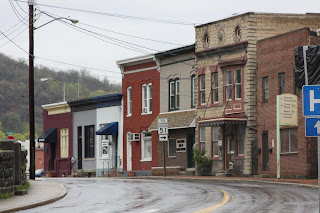 As I said, it's a pretty nice looking town.
Posted by Mikoyan at 2:49 PM