So we ended up going to Fredericksburg by way of Cumberland, Maryland. I remember going through Cumberland last year but I didn't stop. It was around lunch time, so we decided to stop. 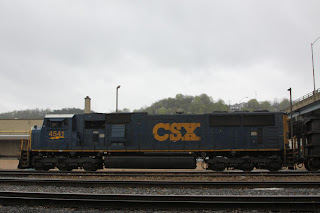 The place where we stopped was near a railroad yard for CSX Transportation. I think I've mentioned CSX on this blog but I've never posted pictures of their trains. I kind of like the color scheme they use. 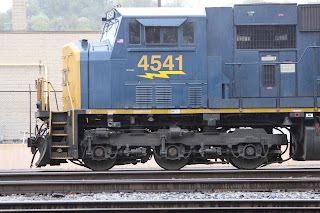 CSX is the direct descendant of the Chesapeake and Ohio Railroad. The C&O was formed in 1869 by the industrialist Collis P. Huntington as a means to get coal from the mines of West Virginia to the piers in Hampton Roads. Eventually, it would head to Chicago and points in between. 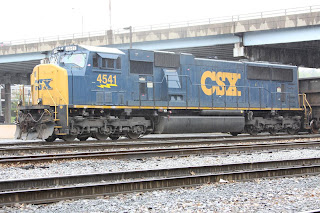 In the 1960s, the headquarters of the C&O was located in Cleveland, Ohio. In 1972, it would become part of the Chessie System along with the Baltimore and Ohio and the Western Maryland Railroad. 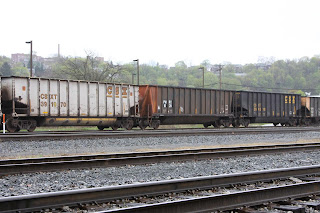 In 1980 it would become CSX Transportation after the merger with Seaboard Coast Line Industries which was a combination of other railroads. 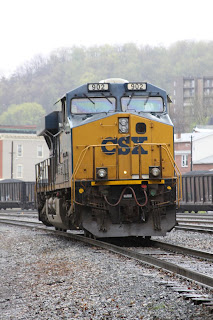 With the acquistion of many lines from Conrail, CSX would cover pretty much the entire east coast (and parts of Michigan). 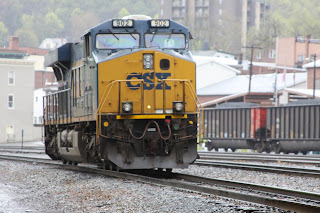 As I said, I like their color scheme.
Posted by Mikoyan at 2:23 PM