Right next door to the Aquarium is the Anna Scrips Conservatory which is still open to the public. This is another place I mean to go to one of these days because I seem to remember it being a very nice garden and there were quite a few cool plants on the inside. 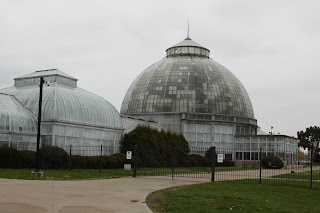 This was also built in 1904 and designed by Albert Kahn. He was inspired by Thomas Jefferson's Monticello. 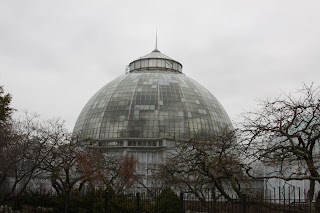 A major renovation was performed in the 1950's when the wood fram was replaced by iron and aluminum. Also at this time, Mrs. Anna Scrips bequeathed her 600 plant orchid collection to the city of Detroit. For her generosity, the building was renamed after her. 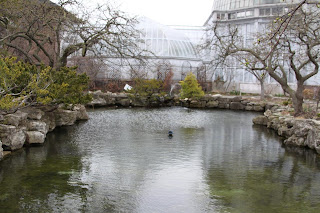 Unfortunately, it was closed, so I only had a chance to look at part of the grounds. But those are pretty nice and kept in good shape. 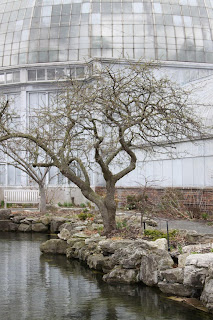 There are some pretty nice trees. 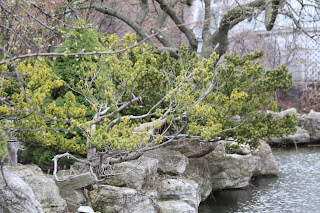 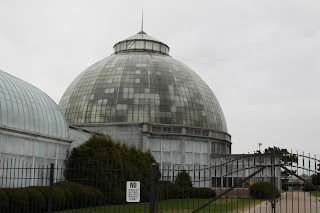 You can definately see its influence. 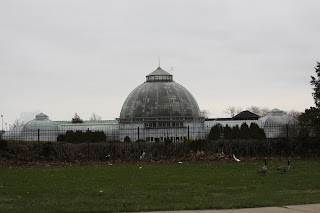