This shot was taken by my mother, as I was driving. I wanted a shot of the turnpike. There are a couple places where you go through a tunnel. 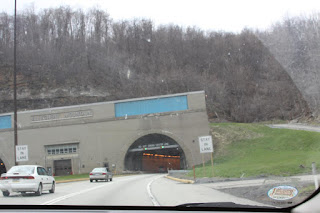 I would have to say that it is a pretty nice stretch of highway and considering the mountains you are going through, the grading is not that bad.