I decided to stop by Washington D.C. on the way home from Fredericksburg. It has been over ten years since I have been there. I didn't have much time, so I only stopped by a couple things. I might have been able to visit a couple more things had I not decided to walk from the Washington Monument to the Capital building but it was a nice walk although it was a little on the warm side. 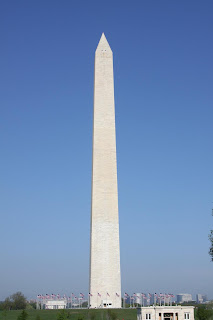 Towering over the main part of Washington D.C. is the Washington Monument. It was designed by Robert Mills. Construction began in 1848 but was not completed until 1884. It is the tallest building in Washington D.C. proper. 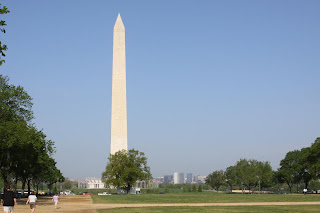 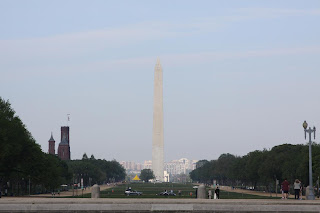 It is constructed of marble from two different places in the country (You can kind of tell from the different colors). This was because it took so long to construct. This particular shot is looking from near the Capital Building. 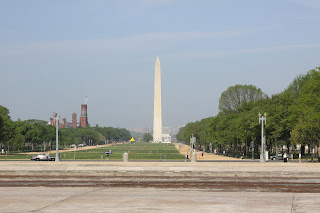 A better shot looking down the mall. 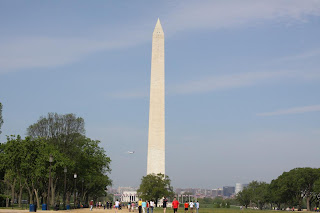 For this picture, I tried to get one of the planes landing at Reagan.
Posted by Mikoyan at 6:55 PM