I try to be upbeat when it comes to writing about Detroit but there are some things that make it difficult to do. One of them is the Belle Isle Aquarium. I had some time to kill between ships, and I've been meaning to take pictures of the Aquarium and Conservatory so I decided to do it tonight. They didn't come out the greatest, so I will add this to the list of things to redo. 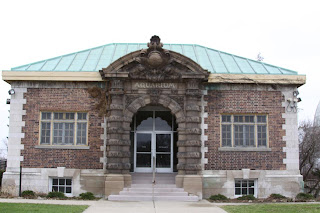 The Belle Isle Aquarium was opened in 1904 and designed by Albert Kahn (a name you will see frequently on this blog). When it was closed in 2005, it was the oldest operating aquarium in the country. Now it is yet another deserted building in Detroit. 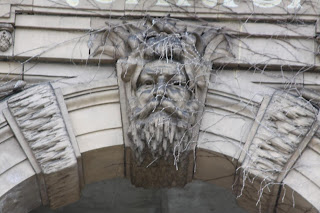 At least this building isn't as sad looking as some of the other buildings because people are maintaining it in the hopes that it may open again at some point in the future. But as time passes, that becomes less and less likely especially when you consider the city would like to open a new Aquarium. 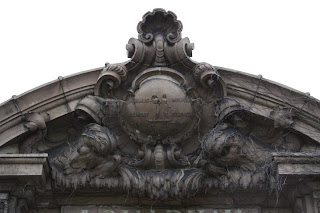 I've only visited it a couple of times but I remember that it was pretty neat on the inside. It was pretty well stocked with fish although it wasn't as big as some of the other aquariums I've visited. It's really a shame that we can fork over money to bring rich Hollywood Producers to this state but we can't fork over some money for a gem like this. I guess that's progress or something.