The Battle of Chancellorsville

After the Marine Corps Museum, I headed back to Fredericksburg and then just west of the town to the sight of the Battle of Chancellorsville. I guess I didn't realize how many battles occurred in this area. But it was a major crossroads and represented part of a major route to Richmond which was the capital of the Conderacy.

The Battle of Chancellorsville was fought from April 30 to May 6, 1863. 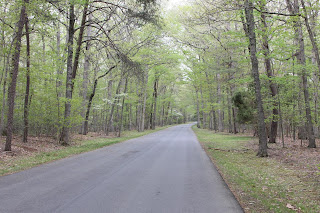 I get the impression that this area wasn't as wooded as it is now. Near this area was the village of Chancellorsville. 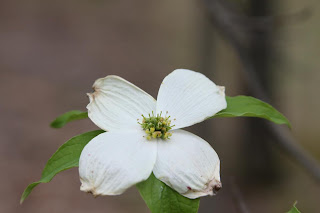 This is a dogwood flower. There was lots of dogwood in the area. 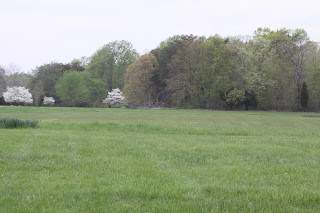 This was part of the Battlefield. 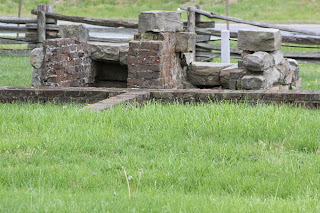 This is all the remains of the Chancellor house. It served as General Hooker's headquarters during the battle. 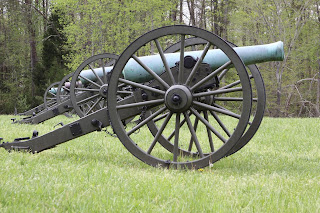 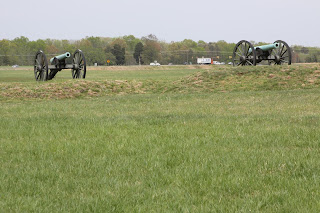 Some of the union foxholes. You can still see many of the trenches around in this area. But as you can see from the traffic in the background, this is probably one of the more developed battlefields. Much of the battlefield has been encroached upon by modern buildings, so it alot tougher to see the battle than the other places I've visited. 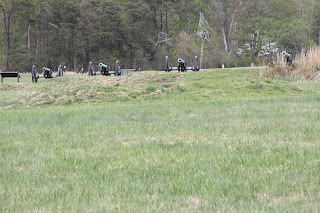 Another shot of some emplacements. 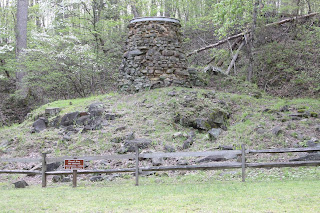 This was a furnace used for smelting iron. It was destroyed by the Cavalry unit under the command of Custer (another Michigan connection) but later rebuilt and used by the Confederates until the end of the war.
The battle itself was another defeat for the Union armies. General Hooker found himself in a good position but was too timid to press the advantage. After the heavy losses at Fredericksburg, he decided that it would be better to fight a defensive battle and force Lee to attack. Lee did attack and won with a force half the size of Hooker's Army. However, this battle represented a loss for Lee as his right hand man, General Jackson was killed here.
Posted by Mikoyan at 6:04 PM