National Museum of the Marine Corps

My next stop was the Marine Corps Museum. I remember reading about this in the Washington Post several years ago and they talked about how many of the exhibits are meant to make you feel like a part of them. 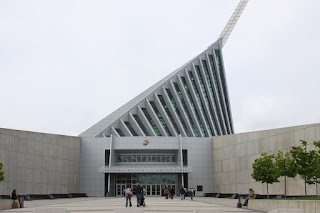 I thought the building itself was pretty neat looking. To me, it looked almost like a chapel and then my mom pointed out how it looked more like a stack of rifles. That makes a little more sense to me as the saying is, "Every Marine is a rifleman". 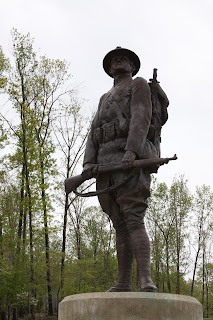 This is a statue in front of the museum. It depicts of the Marines from Belleau Woods in World War I. 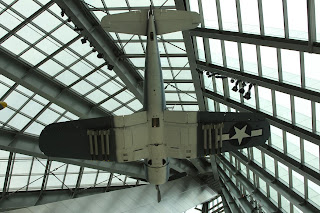 The main hall is pretty neat. This is a Corsair hanging up near the cieling. 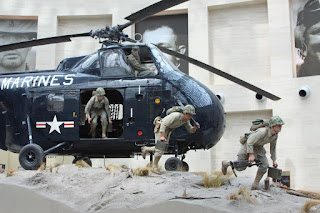 A helicopter from the Korean War. 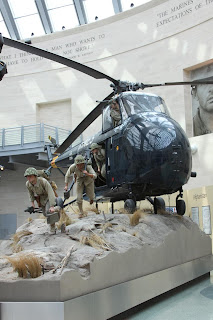 Another angle of that helicopter. 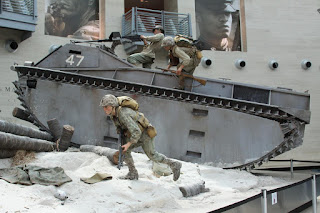 This was one of the landing craft used during World War II. It could drive right up to the beach. It is the predecessor to the modern landing craft the Marines use. 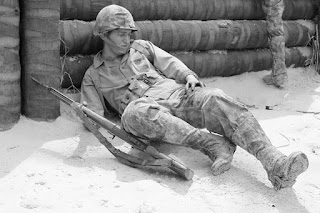 Part of the above display. I decided to shot this in black and white because it looked so realistic. 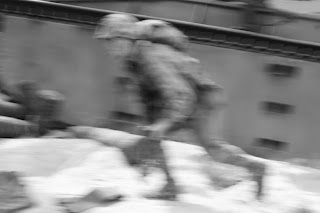 For this one, I wanted the illusion of motion, so I used a slower shutter speed. I kind of like the effect. Another Corsair. This is the aircraft made famous by Baa Baa Blacksheep. 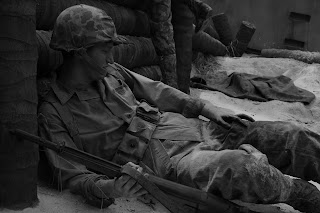 For this one, I underexposed the shot to give it the look of one of the World War II photographers. 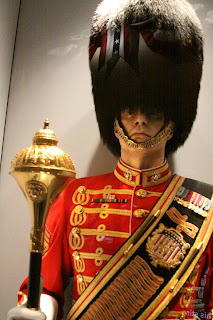 This is a drum major for one of the Marine Corps bands. 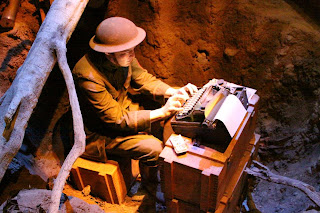 A combat correspondant during World War I. 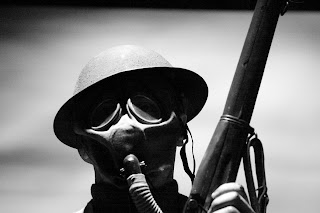 A Marine from World War I. This is another shot that I underexposed. I kind of like the effect. 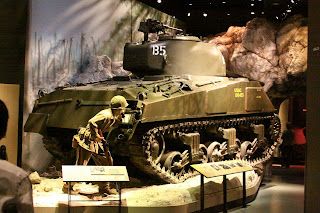 A Sherman tank depicted during the Iwo Jima battle. 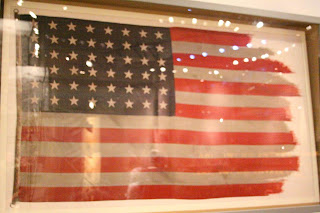 This is the flag from the famous Iwo Jima picture. It was actually the second flag raised over the island that day. The first was too small, so the General overseeing the operation had them raise a larger flag. It was this action that led the photographer to say it was staged although not posed. 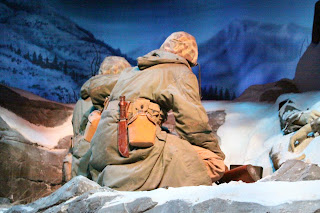 This exhibit was pretty cool. They had the air conditioning on so that it was cool (although not as cold as the battle itself). It was depicted the battle of Chosin Reservoir. There were sound effects going on during the demonstration. 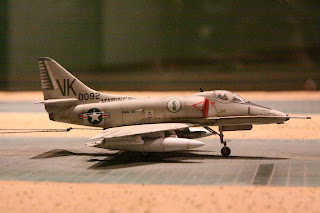 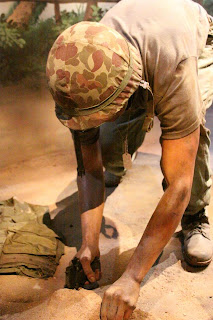 This would be a tunnel rat. These guys would go down into the tunnels built by the Viet Cong. Many times just armed with a pistol and flashlight. 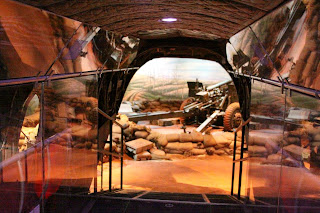 This was one of the coolest parts of the museum. They had part of a helicopter that you could walk through. During the exhibit, they had sounds from the battles. You could hear the pilot over the intercom. Once you got out, they had the heat turned up so that you could feel the heat of Vietnam. 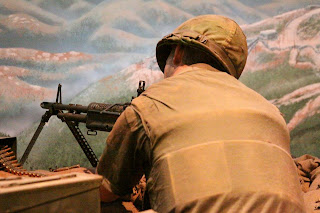 A part of the Vietnam exhibit. 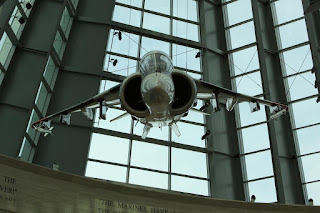 A Harrier. This plane can take off vertically. 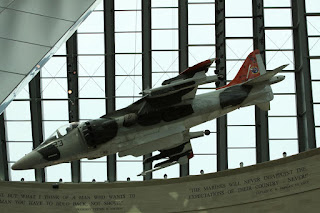 Another angle of the Harrier. 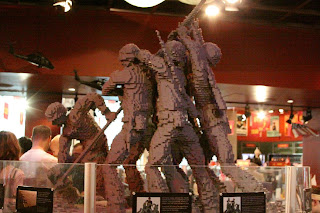 The Marine Corps memorial made from legos.

As I said, I read about this a while ago in the Washington Post and I was not disappointed.
Posted by Mikoyan at 4:32 PM