My next ship of the evening was the Ojibway and that was the main reason I decided to go shipwatching last night. This is one of the classic lake freighters. 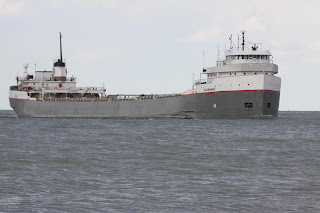 The Ojibway was built by the Defoe Shipbuilding Company in Bay City, Michigan in 1952. This was the main reason I wanted to see her because I'm from Bay City and I know where Defoe used to be. 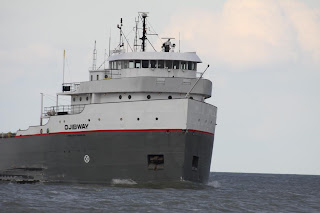 The ship was powered by a high and low pressure steam turbine each rated at 2000 horsepower. The engines were originally built by the Bethlehem Steel Company in 1941 for the ocean vessel Alcoa Protector. That ship was sunk by the Japanese in 1943 but the engines were recovered from the wreck and used for this ship. These engines were set up to burn oil and this ship has been an oil burner her whole career. 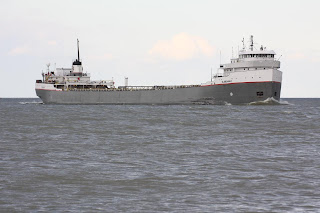 She was built based on plans used to built ships for the U.S. Steel "Super" or AA Class developed in 1942. 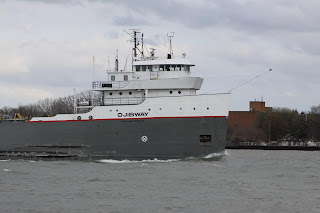 The main difference between the Ojibway and those ships is that she has a more modern pilothouse with captain's quarters behind the Texas deck. 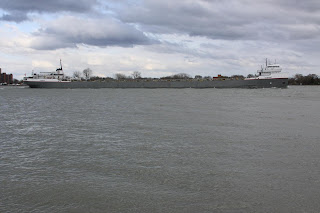 She began her career with the Pioneer Steamship Company and was originally named the Charles L. Hutchinson. She spent the early part of her career hauling iron ore from the mines in Duluth to various steel mills. 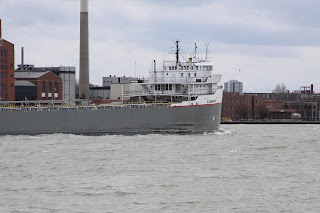 When the Pioneer Steamship company went out of business in 1961, she was sold to the Ford Motor Company. At this time she was renamed the Ernest R. Breech and was mainly used to haul iron ore to Ford's Rouge River Steel Mill. 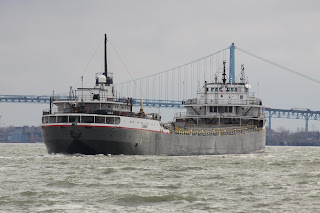 In 1980's, Ford started to use her to haul grain. In 1987, her career with Ford was over and she was rumored to be headed to the scrap heap. But in 1988, she found new life with the Kinsman Lines as the Kinsman Independent. She resumed her career as an iron ore carrier. 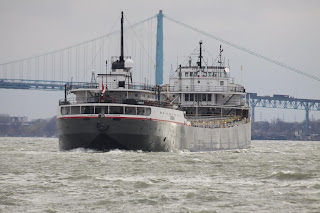 In 1990, she ran aground near Isle Royale and based on the cost to repair her, it was rumored that once again she was headed to the scrap heap. But she was towed to Thunder Bay and repaired. 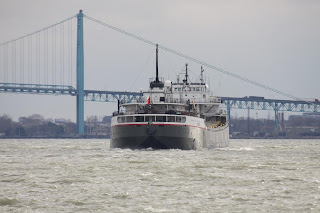 In 2005, she was renamed the Voyageur Independent after being sold to the Voyageur Marine Transport Line. She was hauling grain at this time. She was also fitted with diesel engines. In 2008, she was sold to Lower Lakes Towing Company and renamed the Ojibway. She still carries grain.