The Zeus and Barge

As I was looking at the ship that I saw originally, I looked down the Saginaw River and saw this ship (or boat?). It is the tug Zeus and a tank barge. Evidently they were on their way to the Dow Chemical Plant in Bay City. 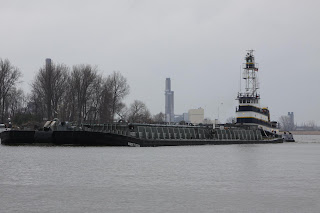 I know that I've commented on the barges that were converted from old lake freighters and their uglyness. This takes the cake, I think. At least the freighter barges still have the lines of the old freighters. 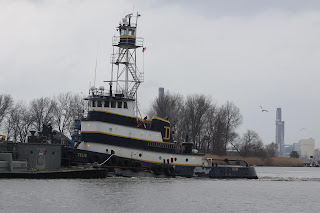 The tug doesn't look too bad though. At least the color scheme is nice. 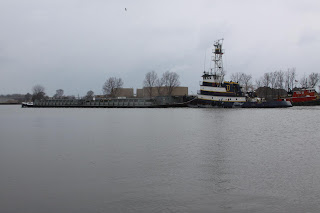 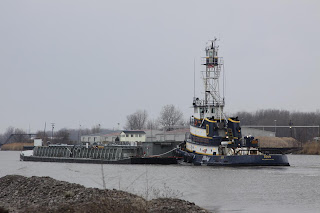 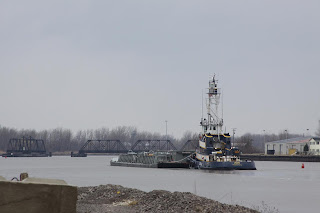 The tug heading up the river.
Posted by Mikoyan at 10:08 PM