Some Shots of Windsor, Ontario

Across the river is the City of Windsor in Canada. Interesting tidbit, Detroit is the only place in the Continental United States where you can look south and see Canada.
Windsor was originally established as Sandwich in 1794. In 1854, it was established as a village. Currently, there are 216,000 people that live there. 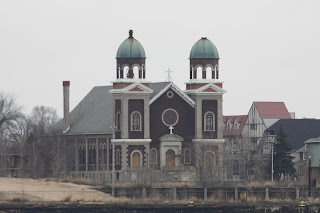 I'm not sure what church this is, but I thought it was pretty neat. 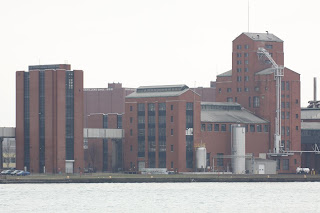 The Hiram Walker Distillery, I think. During the 1930's, many of the Canadian alcohol manufacturers ended up locating themselves in Windsor because of its proximity to a major city in the United States. It was a major transit point for bootleggers. Many of those companies remain there. It was also a major transit point for the underground railroad before the Civil War. 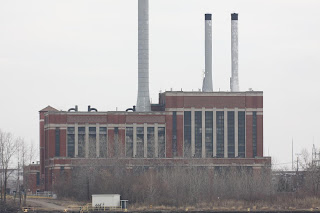 I believe this is a power plant. A grain elevator for the distillery.

Windsor is also known for its night life. "Windsor Ballet" is a term that you will hear in Southeastern Michigan by people that go to partake of said nightlife.

I haven't been to Canada since the rules for border crossing were changed. I think I may have to renew my passport so that I can go there again.
Posted by Mikoyan at 9:56 PM