The Saginaw Trail - Everything Else

This is the continuation of my Saginaw Trail Trip. I kind of stopped taking pictures after I left Detroit because everything seemed to blend together and was looking the same. Although I did miss a couple of key landmarks on my way (one was in Royal Oak and the other was in Waterford) but this gives you a pretty good idea. Also, I should have taken Old Woodward through Birmingham, I might have gotten a couple of shots of downtown there. 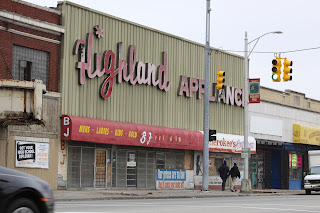 This is the original Highland Appliance store in Highland Park, Michigan. Highland used to be known for its funny commercials. I think they were limited to the Midwest and couldn't compete with the national chains like Best Buy. 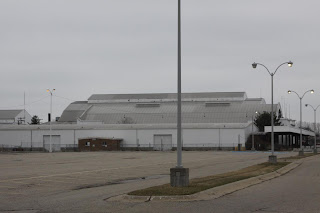 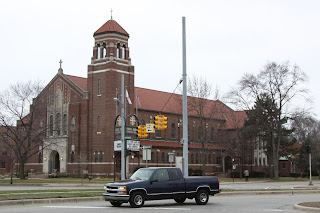 This is a church in Ferndale, I believe. 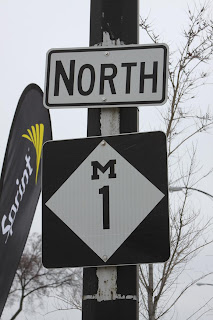 Woodward Avenue is also known as M-1 (Michigan State Highway 1). In 1909, it became the first paved mile of highway in the United States. It was designated as M-1 in 1970, before that it was called US-10. 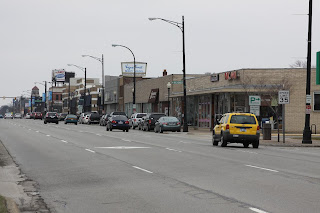 This is looking down Woodward in Ferndale. This is a pretty good depiction of most of Woodward from north of Detroit. Lots of strip malls as it seems to bypass most of the downtown areas. 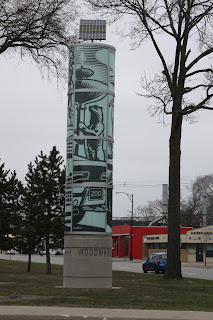 This is one of two statues I saw that depict scenes from Woodward Avenue. 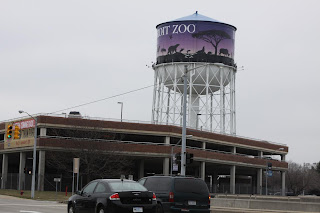 Woodward is also home to the Detroit Zoo. As I've mentioned the Zoo several times, I wont go into much detail. 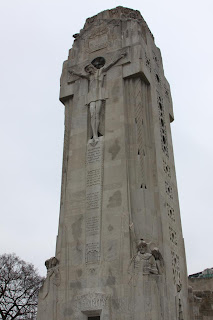 It is also home to the Shrine of the Little Flower which is another thing I've made several posts about. 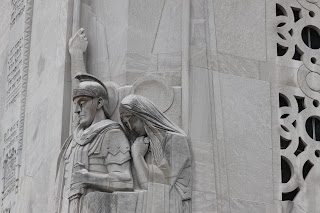 A detail from the above cross. 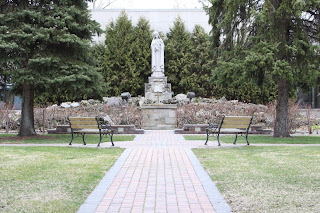 There is a nice little garden with a nice statue of Mary. 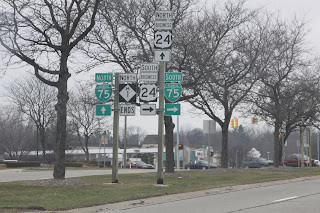 Woodward Avenue ends somewhere around Pontiac. At this point it becomes business route US-24 (which is the designation for Telegraph Road). 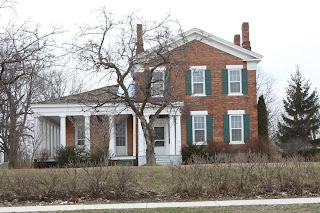 I don't remember the name of this house but it is in Pontiac, and I believe there is a museum attached to it. 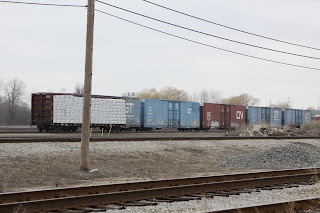 Pontiac is home to a major Canadian National Railroad Depot. It's amazing, our roads, highways and rails all pretty much follow the same paths the native Americans used for thousands of years. 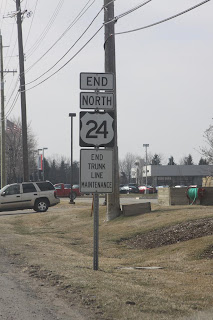 Somewhere around Clarkston, US-24 ends. 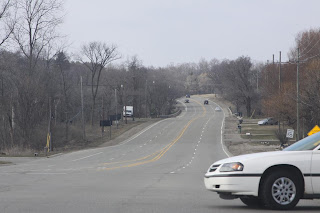 It is then known as the Dixie Highway. This is probably a pretty good representation of what you would see. There are a few towns along the way until Flint but it is mostly like this. 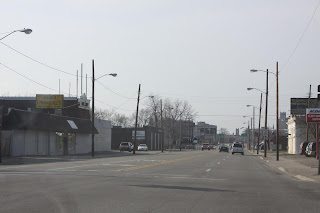 This is the city of Grand Blanc or Burton, I forget which but this is just south of Flint. 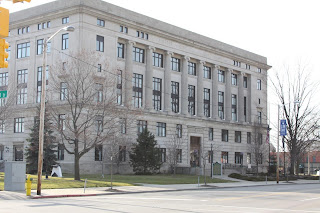 The Genessee County Courthouse which is located on Saginaw Road in Flint. Right across the street is the jail. This made me feel pretty safe.... 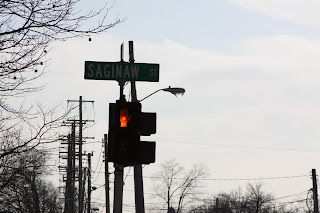 I forget if it was in Burton or Flint, but the Dixie Highway becomes known as Saginaw Street. I guess this is a tie to its roots as the Saginaw Trail. 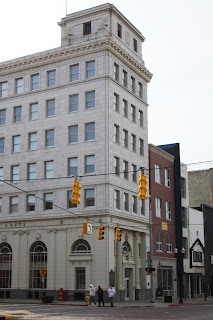 This is part of Downtown Flint. I think this may become a project in the future as there are a few cool buildings here. Some of them look like they had the hand of Kahn in them. 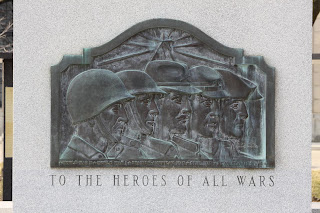 A memorial in Flint Dedicated to the Veterans. 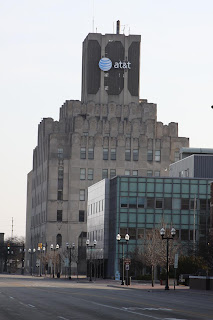 After Flint, Saginaw Street becomes the Dixie Highway again and then it leads into Saginaw. This part isn't actually on the trail but is near it. This is an AT&T and building. I've never been inside but the outside looks pretty cool. 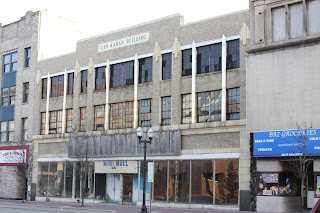 This is one of the buildings on the trail. 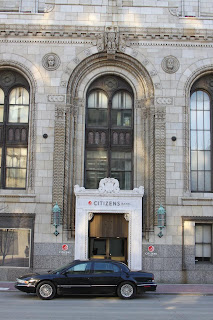 This is the terminus of the Saginaw Trail. It is now a Citizen's Bank Building.

It was kind of cool to follow this trail along its entire path but parts of it were pretty depressing. It's hard to imagine that these were thriving cities at one time. Flint used to be second only to Detroit in vehicle production. Saginaw used to be a lumbering capital (among other things). Now they are shells of their past. Maybe sometime they will rise again.
Posted by Mikoyan at 9:27 PM

Thanks for the memories. My name was spray painted on that water tower by the fellow I was named after. It was visible from the Red Barn restaurant.
And remained there until Coleman Young had the tower repainted with his name on it. And my wife and I were married at the Shrine of the Little Flower at 12 and Woodward. I no longer live there. But it was a wonderful place to grow-up in.