The Detroit Skyline with some weather

I was waffling about whether or not I would stop by Detroit tonight. I wasn't particularly interested in the ship that I was certain that I would see and I wasn't sure if I was going to wait around long enough for the other ship. Then I took a look up at the sky and couldn't really pass on gray skies because they make nice backdrops for pictures. 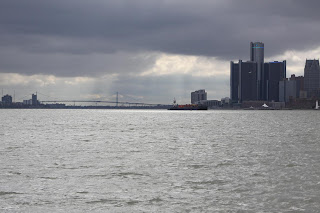 As I was looking through my viewfinder, I noticed the little bit of sky where the sun was trying to peek through. When I was a kid, I thought these were escalators to heaven because of a picture I saw somewhere. Anyways, my ship is sort of in the middle. The Ren Cen to the right and the Ambassador Bridge the left. The only thing that would have made me happier with this shot would be lightning. 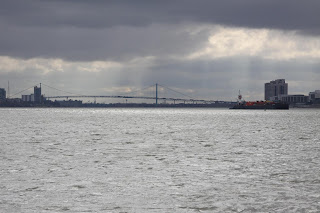 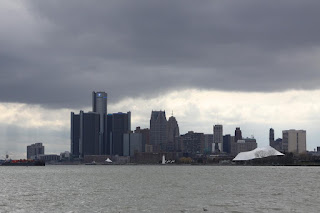 I tried to get lower on the horizon to capture more the sky. What do you think? 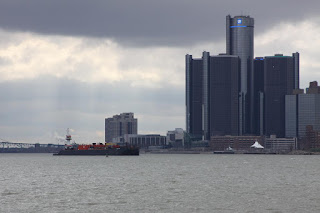 Just the ship and the Ren Cen. 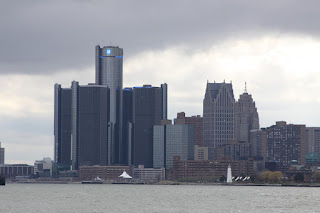 A tighter crop on just the downtown area.
Posted by Mikoyan at 10:41 PM