I was not expecting to see this tug, but it was still pretty cool nonetheless, as I don't think I've seen this one before. 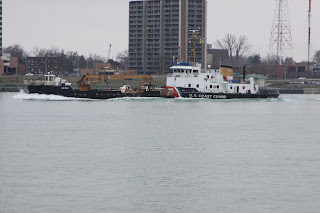 The tug is the United States Coast Guard Cutter Bristol Bay (WTGB 102). It is a dual purpose ship that can function as an Ice Breaker or Harbor Tug. Without the barge, it is 140 feet long and with the barge it is over 240 feet long. 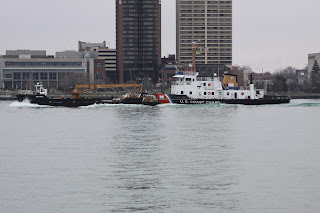 It has a 2,500 horsepower engine and can cut through 2 feet of ice. 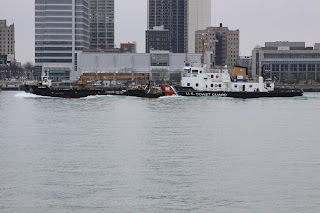 With the barge, it becomes a ship for placing Aids to Navigation. 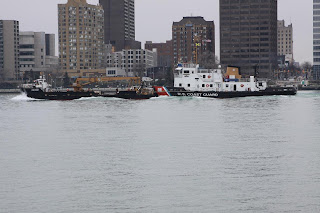 It is based at the Coast Guard Base in Detroit.
Posted by Mikoyan at 7:31 PM