So then I decided to take a walk around Hart Plaza for a bit. It was getting to be a fairly nice day yesterday but a little chilly. This was compounded by the fact that I saw that there would be a couple of ships coming down while I was down in Detroit. 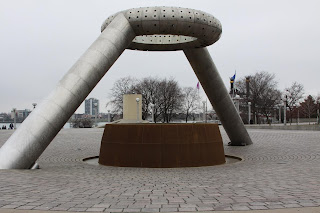 I've posted pictures of this before, so I'm not going to go into terrible detail about it. It is the Horace Dodge Fountain. It was unveiled in 1978 and for special events will be running. 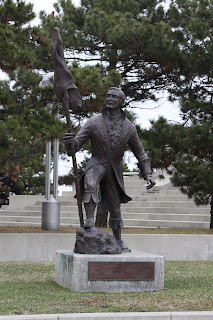 The statue of Antoine Cadillac, the man who would discover Detroit. 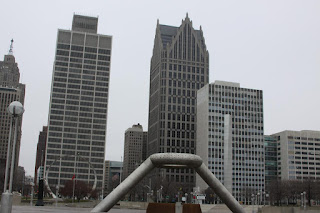 A view of Downtown Detroit from near the Riverfront. The building on the left is the One Woodward tower. The building behind and to the right is the Comerica Tower. The smaller building is the Coleman A. Young Building and it houses the city offices. 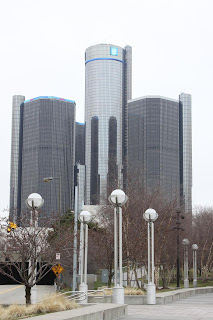 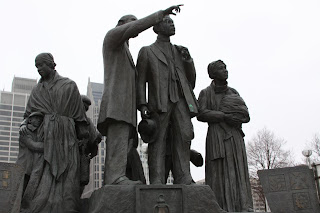 A statue dedicated to the Underground Railroad. On the sides, they have examples of what are called quilt codes. The slaves would use these to find their way north or to the next hiding place. 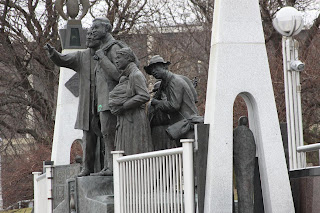 Looking at the statue from another angle.
Posted by Mikoyan at 7:18 PM