My last ship of the night was the Mississagi. This is another classic lake freighter. She is also currently owned by the Lower Lakes Towing Company so has the same scheme as the Ojibway. 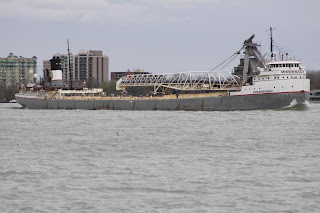 The Mississagi like so many other freighters was built at the Great Lakes Engineering Works in River Rouge, Michigan in 1943. She is one of the Maritime Class of ships. 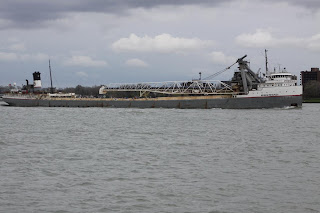 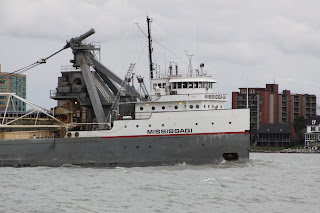 Even though her design was approved by the Coast Guard, her deck cracked on her first trip on Lake Huron and her deck was subsequently strengthened. The Coast Guard ordered all other ships of her class to be strengthened in a similar fashion. 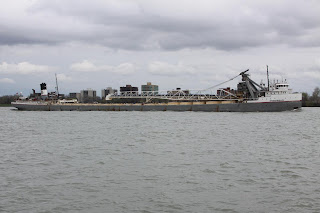 In 1966, she was acquired by the Bradley Transportation Company which was owned by the Michigan Limestone Division of U.S. Steel. At this time, she was converted a self unloader. She was then moved back to the Pittsburgh Fleet as the U.S. Steel Corporation merged the fleets. She was used to carry various cargoes. 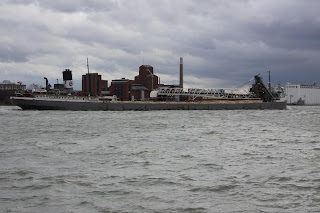 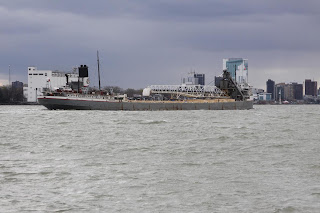 In 2000, she was laid up pending sale to the Lower Lakes Towing Company. In 2001, she was finally sold and renamed the Mississagi. She now carries mostly stones, aggregates, sand, coal, salt and grain found on the lower lakes.


I'm glad that some companies keep these old ships around. Makes for a nice history of the lakes.